PEEKING INTO THE PAST – Badin Veterans Monument 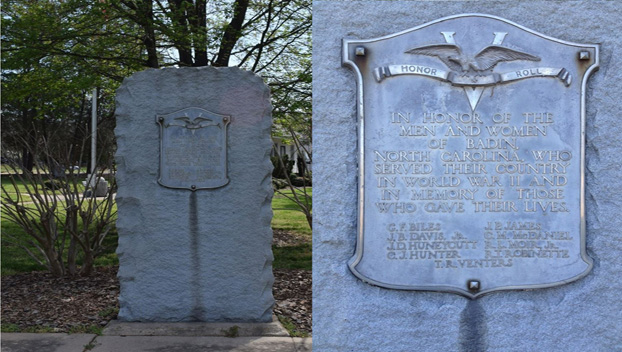 According to several accounts in the Stanly News & Press, on July 27, 1949, the Badin Veterans of Foreign Wars post, known as the Robert L. Moir post, held a ceremony to unveil a monument dedicated to World War II veterans of Badin.

The monument can be found across the street from the Badin Post office in a park that is in front of the Historic Badin Museum. The plaque on the front states, “In Honor of the men and women of Badin, North Carolina, who served their country in World War II and in memory of those who gave their lives.”