‘This is our Super Bowl’: Veterans come out for 6th annual car show 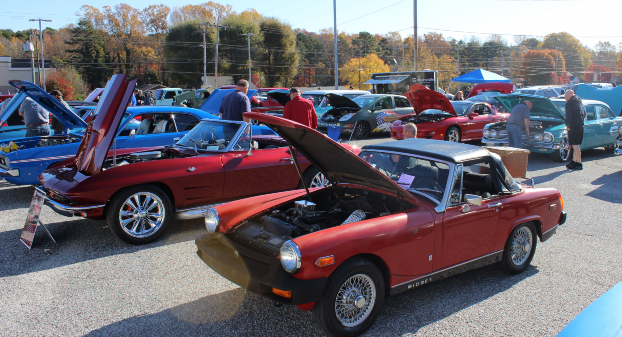 Proud military veterans from all across the county came out to Friendly Chevrolet in Albemarle Saturday for its 6th annual Veterans Day Car and Truck Show.

Organized by the Disabled American Veterans Chapter 12 based in Stanly, the car show raises money to help the organization transfer veterans from Stanly, Montgomery and Anson counties to clinics run by the Department of Veterans Affairs.

“This is our Super Bowl,” said Al Megill, an Air Force veteran of the Vietnam War, past commander of the DAV and chairman of the car show.

He said the bulk of the organization’s annual budget is derived from proceeds that come from the event. Previous events have raised between $4,000 and $5,000.

He was anticipating a strong crowd, noting during an interview in the morning that the event was on track to have at least 150 people show up with their vintage cars. The previous high was 138 cars last year.

“The disabled veterans are the ones, in my opinion they have sacrificed so much and they don’t get the respect and recognition that they deserve,” said Friendly dealer/president David Odom about hosting the event each year. “It’s just a reminder of who they are, what they’ve done and just to show a little appreciation.”

The event has always provided a great avenue for veterans to show off their cars while also getting to know other veterans.

“It means a lot to me to see people get together and have a good time and you get the chance to talk with some vets and it’s just all about fellowship,” said Moir Jones, an Albemarle resident who served in the Army in 1970 and 1971. As part of the first and tenth calvary regiments of the 4th Infantry Division, Moir was deployed to Vietnam, where he was involved in enemy combat as part of the Armored Reconnaissance, and as a sniper.

“Thank God I came back,” he said about his service. “A lot of people cannot say that.” 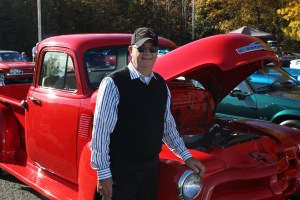 Moir Jones, who was a sniper with the Army during the Vietnam War, showcases his 1950 Chevrolet pickup truck.

While Jones had attended several previous Friendly car shows, for other veterans, this was their first time at the event.

“I’m local and I go to shows but none of them are ever this close, so it’s really convenient,” said first-timer Lamar Moore, of New London, who was in the Army in 1966 and 1967 stationed in Germany, where he worked as as a radio operator and helped train troops. 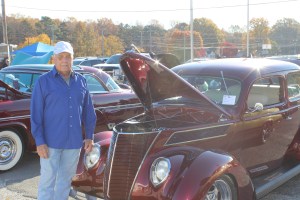 Army veteran Lamar Moore with his 1937 Ford Slant Back Sedan.

In addition to the many veterans present, the show also appeals to car enthusiasts of all ages who enjoy studying and taking pictures of the vehicles, many of which date back more than 70 and 80 years.

“I think our kids enjoy seeing these old cars and it really amazes me how many of them (cars) there are around that are still alive and moving,” said Mount Gilead resident Steve Byrd, who was part of the Army Airborne and was stationed in the 1960s at Fort Campbell in Kentucky, where he worked on helicopter maintenance. 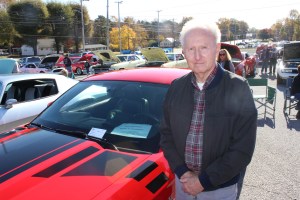 Odom held a short ceremony Saturday morning to remember one of his employees, Perry Moser, who died last November after he contracted Covid. Odom had a wooden bench made in Moser’s memory engraved with one of Moser’s favorite sayings: “If you’re going to do something, then let it be your best.” 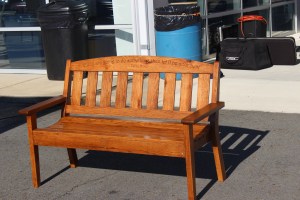