PEEKING INTO THE PAST – Badin Supply Company 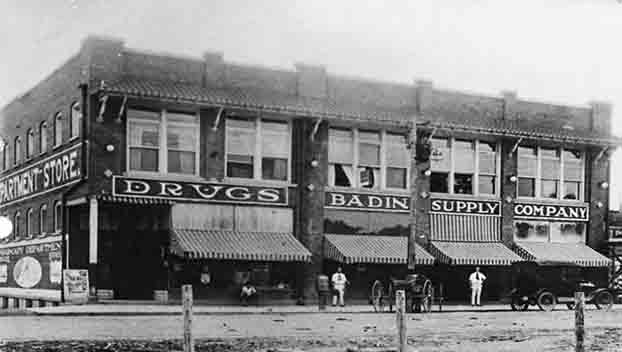 The Badin Supply Company opened in 1916.

During the early 1900s, Gilmer Brothers was a chain of sample stores based in Winston-Salem.

In late 1916, it leased property in Badin and opened the Badin Supply Company. The business, located on Pine Street, included a drug store, meat market, grocery and dry goods store.

In 1919, the business opened a branch store on Roosevelt Street for the black community of Badin.

In early 1920, the Gilmer Brothers chain was purchased by a much larger company. About the same time the Tallassee Power Company of Badin was able to purchase both local stores, except for the drug store portion, from the company and they renamed the business the Tallassee Store Company.