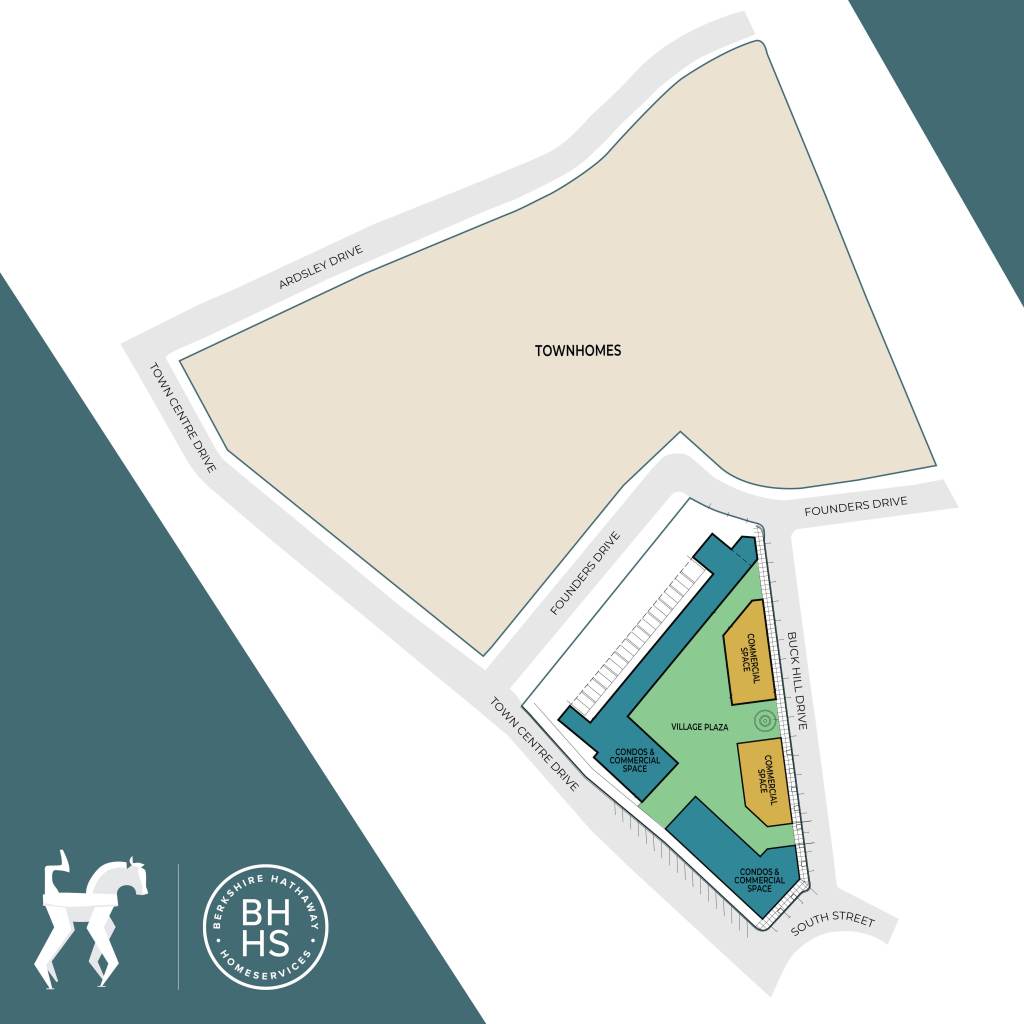 A rendering of the Village at Locust Town Center, which will feature an assortment of shops, restaurants, townhomes and condominiums totaling about 10 acres. Photo courtesy of Angela Prince.

The first of four commercial buildings, called the Heritage, will be at the corner of Town Centre Drive and South Street and includes nine one- and two-bedroom condos on both the second and third floor, according to Angela Prince, marketing director for the Village and a commercial broker for Berkshire Hathaway HomeServices, which represents the developer. Each unit will feature at least one balcony and will range from around 710 square feet to 924 square feet.

The pre-construction prices for the residential condos, which should be completed sometime next year, range from $199,000 to $219,000.

Seven have already been claimed, Prince said, adding that residents will have to pay a $250 refundable reservation fee.

The 750-square-foot first floor will be for commercial space and contains seven condos, which will hopefully be used for retail shops and restaurants.

“Locust has always been a real attraction for anyone living in the county, but it also is becoming a destination for people from other areas like people coming from Mint Hill, Matthews and Charlotte,” Prince said.

Once finished, the four properties, which will be called Village Plaza, will contain green space and will be a place for people to mingle and hang out, she said.

The Brew Room, a 4,600-square-foot brewery set to open next spring in the area known as the horseshoe across from City Hall, is also part of the Village. Townhomes, which will be developed in the coming years, will also be part of the 10-acre development.