PEEKING INTO THE PAST – Quenby Mall 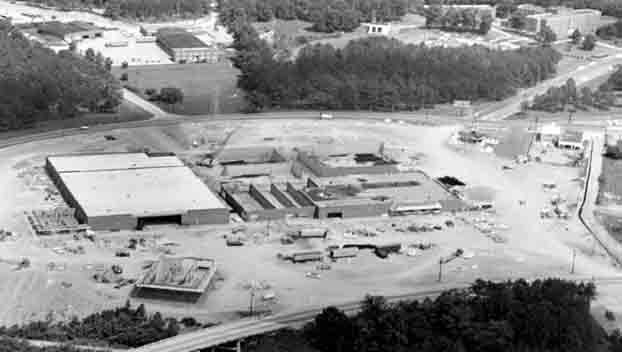 The construction of Quenby Mall in Albemarle.

Built in 1966, it was originally owned by Quenby Corp. that included local doctor E.P. Brunson and partners.

According to Dr. Brunson’s granddaughter, the name Quenby came from the ancestral home of the family of Dr. Brunson’s mother, Elizabeth Ashby.

The home, known as Quenby Hall, is located near the villages of Cold Newton and Hungarton in Leicestershire, England. Businesses located in the mall over the years it was open included Grants, Belk’s, J.C. Penney, Eckerd’s, Singer, Lee James, Long’s Jewelers and more.

The mall was sold in 1977 to a group of Greensboro businessmen collectively known as Quenby Mall Properties.

In 1993, the property was purchased by the Stanly County government and in 1995 it became the home of several Stanly County departments.

DG MARTIN COLUMN: He made me famous

PEEKING INTO THE PAST – Narrows Dam