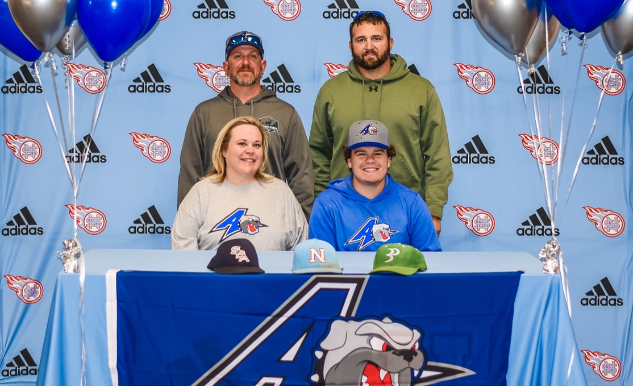 One North Stanly baseball standout always heard from his grandfather, who went to Albemarle, that one day he would be a Bulldog himself.

Melton, a southpaw pitcher for the Comets, chose the Bulldogs for a combination of reasons, he said.

He had considered Applachian State, and said he liked Boone, but said Asheville also has a small-town feel but in a larger place.

The Bulldogs’ baseball program at UNCA, he said, “is really based around hard work. They have really good people up there, who I met between the pitching coach and head coach. I’ve had good conversations with both of them…they seem like really good guys that value hard work.”

Academically, Melton said he was undecided about his major but will enjoy the exploration of discovering his course of study at college.

Melton made Honorable Mention his freshman year with the Yadkin Valley Conference as a pitcher before having Tommy John surgery. He did not pitch his junior season with North, but hit .389 in 13 games last season. His future plans for this year and next in college will be to return to the mound.

In the ranks of travel ball, he played with Triple P, the South Charlotte Panthers and the Showcase Baseball Academy. He was cleared to pitch at the end of the summer ball season.

He has wanted to play pro baseball since he was 8 years old, which he said is every kid’s aspiration to play in the bigs. Melton said he has a good work ethic and just wants to play baseball as long as he can.

“Expect more. I’m going to ride this baseball train as long as I can.”