After 31 years, Hopkins will retire from Stanly County YMCA 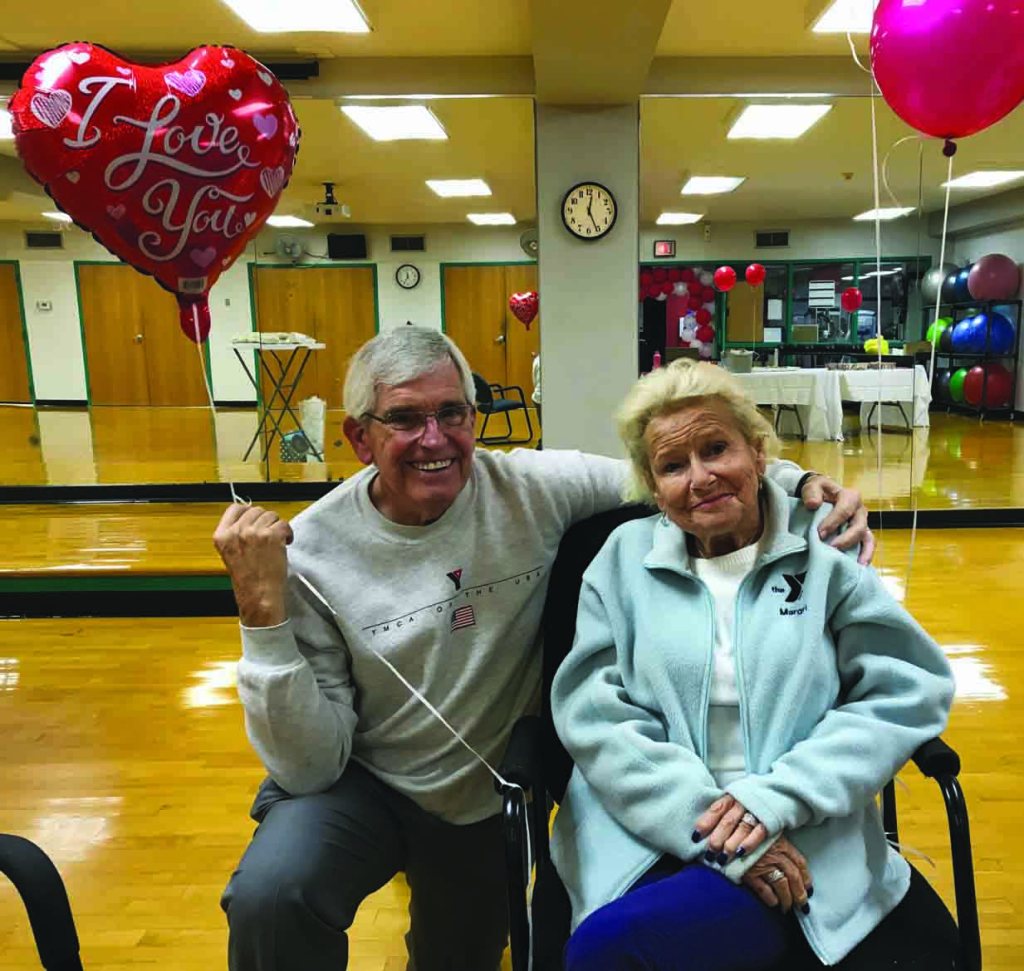 Gordan and Margrit Hopkins celebrate Margrit's retirement from the Stanly County YMCA at a party Dec. 6. (Photo by TOBY THORPE)

It can be said that Margrit Hopkins has taken the “scenic route” to Stanly County.

The longtime fitness instructor was born in Germany, and lived there and in Switzerland before moving to the USA at age 20.

She then spent time in Ohio and Colorado before her husband, Gordon, accepted a position in the manufactured housing industry that brought the couple to North Carolina in 1972.
After moving to the area, Hopkins began teaching classes at the now-closed Fitness Unlimited in Albemarle. Then, in 1989, she moved into a similar position with the Stanly County Family YMCA, where she has been a constant presence in the organization’s classes and events.

And now, after 31 years of encouraging and exemplifying an active lifestyle for her many students, Hopkins is moving into retirement. She was honored last Monday with a celebration of her time with the YMCA, with the event appropriately held in the facility’s adult fitness instruction room.

“I have absolutely loved teaching here,” said Hopkins when asked to recall some of the highlights of her time with the YMCA. “To see people improve their personal health through exercise has been very satisfying.”

She also noted that meeting others through her classes has been a source of enjoyment.

“I have met so many people and made so many friends,” she said.

Hopkins also pointed out how the YMCA’s impact on Stanly County has been a point of encouragement through the years.

“Serving the community here has been a great experience,” she said.
Hopkins’ co-workers were enthusiastic in praising her accomplishments as well.

“Margrit has been a tremendous example of all the YMCA stands for,” said George Crooker, executive director of the Stanly County Family YMCA, who said he is “humbled” to have worked with her.

“She is an institution at this YMCA,” he said.

Fellow instructor Dana Burleson spoke of Hopkins’ tenure as well as the friendliness and support she offered to those she encountered.

“Her smile and personality will be missed,” said Burleson, who recalled that she first met Margrit as a YMCA member before she eventually joined her on the fitness staff.

“Margrit has always been there, willing to help out anyone. She was more than an instructor or fitness staff member; she’s a friend. She will definitely be missed.”

True to form, Hopkins’ retirement plans are to remain active.

In addition to having more time on the links, Hopkins looks forward to time with Gordon, her two children (Chris of Albemarle and Tina of Dalton, Georgia) as well as her four grandchildren and one great-grandchild.

“I’ll also have more time with our dog,” she added.

And after 31 years, Hopkins noted that leaving will not be an easy thing.

“I love this place,” she said, “and I am going to thoroughly miss it.”

Toby Thorpe is a freelance writer for The Stanly News & Press.