Detectives with the Albemarle and Norwood police departments have arrested a man for a rape reported in October.

Domincue L. Perkins, 29, was arrested Dec. 1 for statutory rape of a child less than or equal to 15 years of age. It was determined that incidents occurred in Norwood and Albemarle, a press release stated.

Perkins was charged with 10 counts of statutory rape and received a $1 million secured bond for his release. He has a court date of Jan. 3, 2022 at 9 a.m. 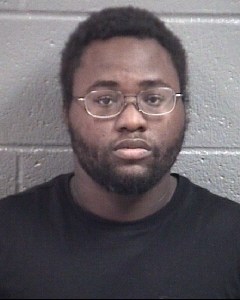 Domincue Perkins was arrested Dec. 1 on 10 charges of statutory rape.