Driver leads police on pursuit from Albemarle to Badin

An Albemarle Police officer noticed a vehicle driving recklessly in the area of East Main Street and Leonard Avenue shortly after 10 p.m. Dec. 17. 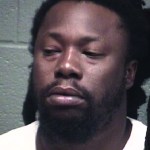 The officer activated his blue lights and siren in an attempt to stop the vehicle. As the vehicle traveled from East Main Street to Badin Road, the driver failed to stop at a red light at the Northeast Connector before continuing on Badin Road, police officials said. The vehicle’s operator disregarded the officer’s attempt to stop him and continued driving while failing to stop for the officer’s emergency equipment. The vehicle eventually traveled into Badin where it came to a stop at the Badin Mart.

The driver, Latarius Williams, was arrested without further incident. During a search of the vehicle, police found two handguns and a baggie with marijuana, according to a press release.

Williams also had a large amount of cash.

Williams is charged with fleeing/eluding arrest, possession with intent to sell/deliver and possession of marijuana paraphernalia.

Woman arrested in Norwood after drug bust, charged with…