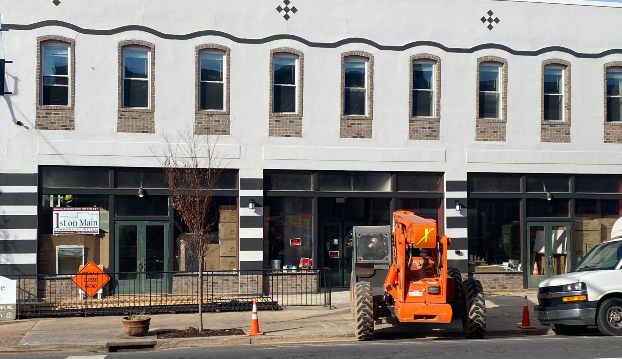 Luxury apartments at the corner of North First Street and Main Street in downtown Albemarle will become available next month.

Pre-leasing is available for a new luxury apartment complex in downtown Albemarle which is set to open next month.

1st on Main Luxury Apartments, a three-story building (formerly the old Lowder Hardware) at the corner of North First Street and Main Street, will feature 11 one-bedroom apartments, nine two-bedroom apartments and nine studio residential apartments, along with three commercial retail spaces, according to its website. 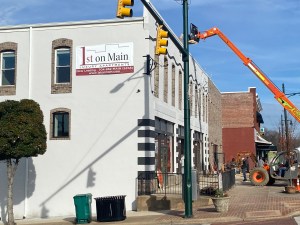 The complex will feature a mix of one-and two-bedroom apartments, studio apartments and commercial retail space.

TEK Development, based in Mount Pleasant, renovated the property after the two-story annex portion of the facility, which was used as storage, collapsed due to roof failure after years of neglect.

Each pet-friendly apartment unit, spanning 428 to 1,051 square feet, will be fully furnished with all utilities provided. There will be amenities including accentuated high ceilings, wall-mounted smart TVs, stainless steel appliances, in-suite bathrooms, LED lighting and 500 MB fiber internet connectivity. There will also be laundry facilities, a fitness room and a mail center.

The facility is secured by 24/7 surveillance cameras and digital keyless entry doors with constant monitoring by Security Central.

A representative with TEK Development did not return the SNAP’s request for comment regarding more information about the facility.

This will be the second upscale apartment complex coming to downtown Albemarle. The old Albemarle Hotel is being renovated for a new 29-unit complex called Residences at the Albemarle Hotel. Pre-leasing should begin early next year, with the apartments expected to be fully renovated by next summer, according to Jordan Jones, the developer with Durham-based company Anchor & Pillar.