Scotland Correctional Institution offender Pliney R. Purser has died after an apparent suicide, according to a press release from the state’s Department of Public Safety.

He was found unresponsive in his cell around 9:35 p.m. Dec. 3. The prison’s first responders performed lifesaving measures until local paramedics arrived who also worked to resuscitate the offender. The offender was transported to an outside medical facility, where he was pronounced dead at 12:23 p.m. Dec. 6. 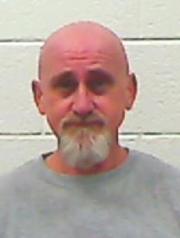 Law enforcement was notified of the death and is investigating, as is common in these circumstances. The Department of Public Safety is cooperating fully in the investigation and is also conducting its own investigation.

Purser, 63, was serving a life sentence for second-degree murder in Stanly County. He was admitted to prison on Aug. 28, 2008. He’s also served time in prison for charges in Stanly and Union counties dating back more than 40 years, including robbery with a dangerous weapon, embezzlement, larceny, breaking and entering and second-degree kidnapping.