Redwine retires following half a century with the City of Albemarle 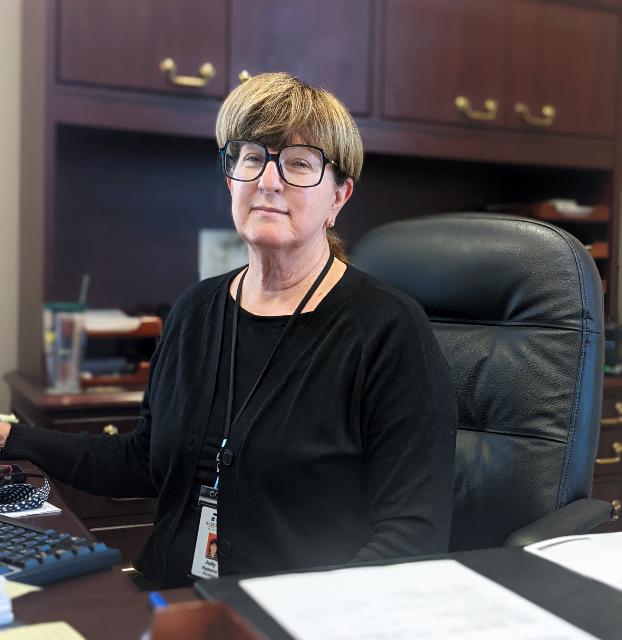 Judy Redwine, director of public works for the City of Albemarle, is retiring after 50 years. Photo courtesy of David Fath.

After 50 years of service with the City of Albemarle, Judy Redwine, 71, director of public utilities, has retired. Her last day was Thursday.

She left behind quite the legacy: As far as Redwine is aware, she was one of only two active employees who have worked at least 50 years, the other being Iris Coggins in the Planning and Development Services Department.

“It’s been my life,” she said days before she left. “I learned to grow up with working here and I raised my family working here.”

She thought about retiring last year but pushed it back due to the pandemic.

“I knew that there would be a lot of challenges of getting the staff through all of it,” she said.

Redwine informed her family at the beginning of 2021 that she would be stepping down at the end of December.

The city hosted a retirement party for her a few weeks ago and she was honored with a standing ovation during the Dec. 21 city council meeting.

“Judy has provided the highest level of dedication to the organization and to those we serve,” City Manager Michael Ferris wrote in an email. “What makes her so special is that everything she worked on was done with personal care.

“This has not been just any job to Judy, but instead has been what she believes in and cares about,” he continued. “Being able to feel that she helped someone or made something better is what she loves to do. I am grateful I have been able to work so many years with someone with such a good energy and who demonstrated the highest level of commitment and professionalism.” 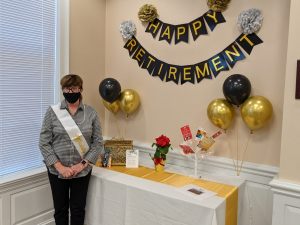 Judy Redwine at the retirement party the City organized for her earlier this month. Photo courtesy of David Fath.

Originally from Albemarle, Redwine’s career with the city began in 1971, when at age 21 she was hired by Public Works Director Lendell Smith, whom she knew from church. She had previously spent three years commuting to Charlotte, where she worked at the Federal Reserve Bank.

Once Smith retired in 1990, Public Works was divided and a new department, Public Utilities, was developed, which consisted of components such as water and sewer systems, electric services, two water plants, a wastewater plant, customer service and billing.

Redwine started as administrative assistant before working her way up the department ladder. After serving as assistant director, she became director in 2019.

The department has underdone some major changes during her tenure, including switching to paperless service orders (the crews in the field now work on tablets, iPads and laptops), working with residents following power outages and heavy rainfalls (which have been more prominent over the last several years) and navigating the most turbulent moments of the COVID-19 pandemic, when many employees were working from home and in-person contact with customers was restricted.

“None of us had ever gone through anything like that,” she said of the pandemic. “We have never shut down the City Hall before. We have always been here through snow, ice, hurricanes tornadoes — we’ve always kept it open.”

But through all the ups and downs, the emphasis for Redwine and her department has always been on providing quality customer service.

“I have always believed that customer service is not a department, it’s an attitude,” she said. “That’s what I always try to stress upon the other employees.”

For Redwine, who oversees a staff of about 90, making public utilities the biggest city department, the thing she will miss most are the people she has seen on a daily basis.

“I have been very fortunate in having great employees and leaders,” she said. “They made my job easy, pleasant and fulfilling. I enjoyed just knowing what they accomplished each and every day.”

She admits it will be weird waking up and not having any official work responsibilities, noting that it will feel like she’s on an extended vacation.

“After a week or two, it is going to seem very strange, but hopefully I’ll be fine.”

Redwine is confident the department will continue to run smoothly with her successor, Dan Worl, who was the assistant director of public utilities.

“I have shown him a lot and we have worked together and been through some good times and bad times…so I think he’s really going to do super,” she said.

Worl, who is from Indiana and has worked in the public utility sector for about 15 years, is excited for the new opportunity but understands it will be difficult replacing someone as knowledgeable as Redwine.

“Working with Judy has been a pleasure,” Worl said. “Just the opportunity to learn from her about the community has been great.”

While she’s going to miss her job, Redwine is excited about the future. She plans to spend more time with her family, especially her four grandchildren, and play golf with her husband.