A single-vehicle accident Sunday morning resulted in the death of a West Stanly High School student, according to the state highway patrol. 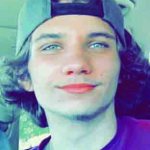 At around 5:06 a.m., 17-year-old Donald Blaine Huneycutt of Locust was driving northeast on Liberty Hill Church Road at about 130 miles per hour when he attempted to turn right onto Hatley Road, according to Trooper A.C. McLester, who was at the scene. He lost control of his 2000 BMW 328, ran off the road and collided with a pine tree, the trooper said. McLester said Huneycutt was killed instantly.

McLester said alcohol was not involved and Huneycutt was wearing a lap belt at the time of the collision.
According to Huneycutt’s obituary, he was a sophomore at the school and loved cars, hunting, video games and spending time with his friends.
His funeral service will be 3:30 p.m. Wednesday at the Stanly Funeral and Cremation Care Chapel in Locust. (For more info, click here.)
The Stanly News & Press has reached out to Stanly County Schools to see if anyone would like to comment on the life of Huneycutt.