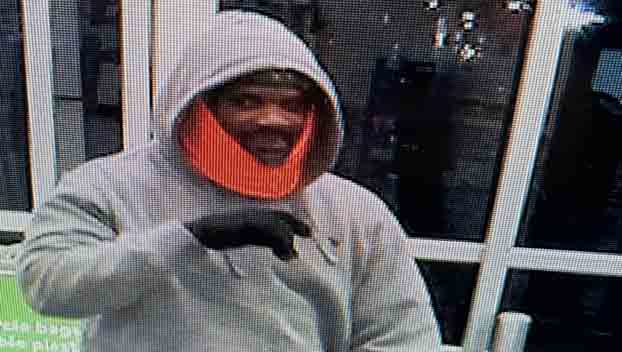 A suspect wanted in a Tuesday robbery of Walmart in Albemearle.

Prior to officers arriving on scene, the suspect left the store. Upon investigation, it was determined that an unknown male wearing a gray hoodie, orange face mask and dark pants entered the store, police said in a press release. A short time after entering the store the suspect approached a cashier at a register and displayed a handgun and demanded money. The suspect then exited the store with an undisclosed amount of money and several items from the store.

No one was injured during this incident. The investigation is ongoing.

Officers obtained a photo of the suspect from Walmart. 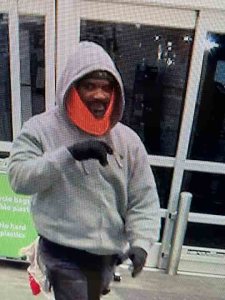 The full photo of a robbery suspect from Walmart. (Contributed)

If anyone has information regarding the identification of the suspect, or know of his whereabouts, call the Albemarle Police Department at 704-984-9500. Information can also be shared on the anonymous tip at 704-984-9511.