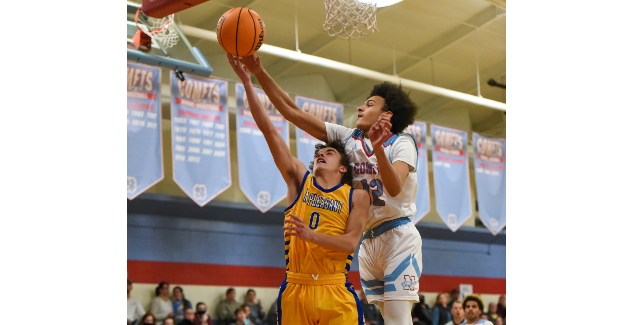 The North Stanly men’s basketball team got back to work Tuesday in conference play with a home game versus the Mount Pleasant tigers.

Four players reached double figures as a big third-quarter effort from the Comets lifted the hosts to an 86-72 win over the Tigers.

Doug Smith posted a double-double for North (8-5, 3-1 YVC) with 20 points and 12 rebounds while Clay Hatley added 16 points. Stefan Harris and Koby Poole added 14 points each for the Comets.

After finishing the first quarter tied, North took a five-point lead at halftime and outscored the Comets 23-12 in the third period.

North Stanly takes on rival Albemarle (5-5, 1-1) Friday night at 7:30 p.m. The game will be at Merner Gym on the Pfeiffer University campus.