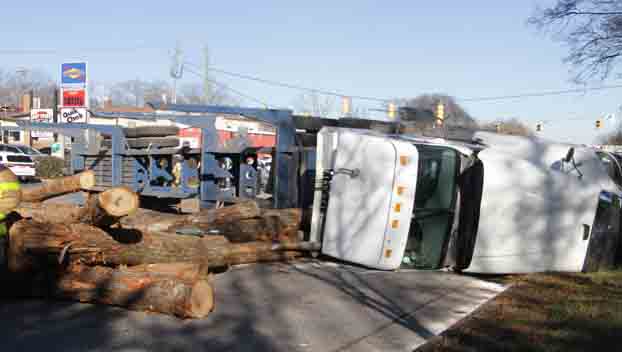 Police and fire departments responded to the crash shortly after 9 a.m.

The accident happened when a logging truck and 2012 Ford SUV reached the intersection of U.S. Highway 52 and West Main Street, according to a press release from the city. The SUV, traveling east on West Main Street, approached a traffic signal and continued through the intersection with the signal light was red, officials said. The SUV and the logging truck collided, leading to the truck to overturn and create a chain reaction involving three other vehicles.

Police have charged Chelsey Carpenter, driver of the SUV, with no operators license, failure to stop for a steady red light and expired registration or tag.