Dr. Sean Thornton excelled as an attackman in Men’s Lacrosse at Pfeiffer College. The 1994 graduate ranks 11th or higher among Pfeiffer players in three career statistical categories, including points (163), goals (98) and assists (65). 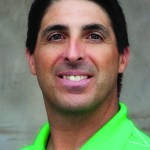 He also coached a future Pfeiffer lacrosse player who just might put up better numbers: His son, Colin, will play for the Falcons beginning next month.

Colin played club lacrosse for his dad. He said that “it’s pretty cool” that he’s following in his father’s footsteps at Pfeiffer. Last year, Colin stood out as one of three captains on Grafton (Mass.) High School’s division-winning team, scoring 49 goals and making 29 assists. Colin, who was named a Telegram & Gazette all-star and a Central Massachusetts All-American, generated interest among several college recruiters, including Tucker Nelson, the head coach of men’s lacrosse at Pfeiffer.

“Colin’s a smart player with a knack for being in the right places to make plays all the time,” said Thornton, who’s now a chiropractor at Body Therapeutics, LLC in Worcester, Mass, near Grafton. “He’s pretty relentless.”

The multi-generational Thornton-Pfeiffer connection via lacrosse began to take hold when Jim Fritz, Pfeiffer’s men’s lacrosse coach from 1990 to 2002, went to northern New Jersey to recruit Thornton, having heard of his standout play at West Morris Central High School.

Pfeiffer turned out to be the right school for Thornton for at least three reasons.

First, the college’s academic offerings provided a foundation for Thornton’s intended career path. Shortly after graduating Pfeiffer with a B.S. degree in sports medicine (a major now called Health and Exercise Science), he earned a Doctor of Chiropractic degree from Cleveland University-Kansas City.

Second, the small size of Pfeiffer’s Misenheimer campus suited Thornton, who, having visited some big college campuses, decided they were not for him.

“I knew I would not get lost in the shuffle at Pfeiffer, which had small classes and easy access to professors,” he said.

Third, Thornton really enjoyed playing high-level lacrosse in warm weather; in the Northeast, by contrast, “there’s usually snow on the ground” when the season begins.

“I liked how small Pfeiffer’s campus was,” he said. “I wanted smaller classes to be able to stay on task academically, and I wanted to be part of a tight-knit group of people.”

Thornton capped off his lacrosse career at Pfeiffer by captaining a conference-winning team with multiple All-Americans and future Pfeiffer Hall of Fame inductees. After he completed his studies at Cleveland University, his brother persuaded him to begin his career as a chiropractor in the Worcester area. Thornton moved to Grafton, where his brother also lived.

When the Thornton brothers reunited in central Massachusetts, they quickly became entrenched in Grafton’s community life and decided to stay for the long haul. They and a friend established and became the first coaches in the Grafton Youth Lacrosse Association, which fields teams that play club lacrosse around Massachusetts.

Thornton founded a U9 team, and Colin joined it with enthusiasm. In the years that followed, Thornton ended up coaching club teams on which Colin played through his teenage years. However charged such a situation might have seemed initially, it ended up succeeding in two ways.

Second, guided by (and taking after) his father, Colin honed skills and developed a lacrosse IQ that would make him the kind of college prospect who could make an impact.

“When Colin decided to attend Pfeiffer after checking out several schools, he told me he was going to crush my records,” Thornton said. “I hope he succeeds in doing so. He’s definitely a better player than I was, and he’s a better scorer.”

All home games during the 2022 season will be streamed via the website for Pfeiffer Athletics.