Grant will be used to create agricultural learning center in Oakboro 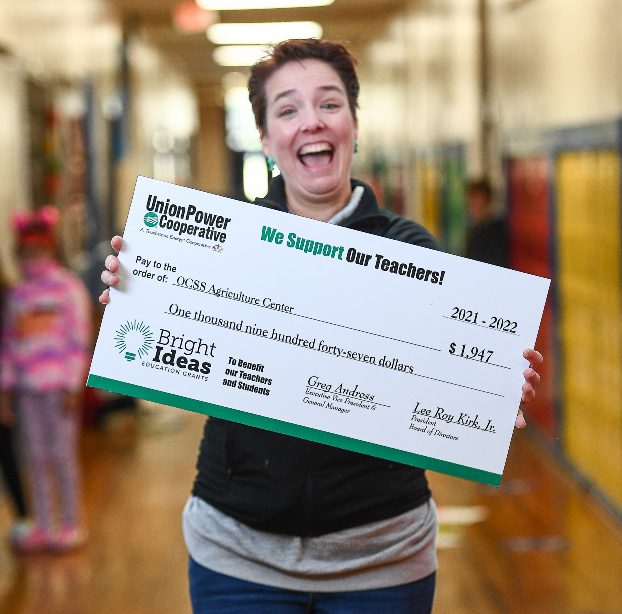 Since its inception a few years ago, Oakboro has already built up much of its agricultural infrastructure, including two greenhouses (one of which was made from 2-liter bottles and bamboo), seven garden beds, an outdoor classroom and a chicken coop. 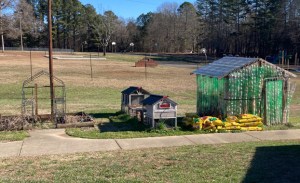 “Once we figured out that our focus for the STEM school would be programming and agriculture, obviously we’re gonna try to enhance those programs as much as we can,” Crawford said.

The $1,946 Crawford received will go to updating and improving the existing chicken coop to provide safer living conditions for the animals; purchasing supplies for the creation of a rain garden, which was designed by the school’s fourth grade classes; a succulent garden, which was designed last year by Madison Hoban, a seventh grade student; and several raised garden beds. The hope is for all this to be completed by the end of the school year.

“The best part of the grant for me is that the kids helped write it,” Crawford said.

The long-term goal is to build toward a functioning learning center that would be a resource available not just to Oakboro students but to students across the county. “Almost like the K-8 version of what the Agri-Civic Center does with their field trips,” Crawford said, noting she envisions Oakboro students being the ones leading the charge and teaching their peers across the county about the importance of agriculture.

Crawford has many plans for the agricultural center, which is situated behind the school, including possibly adding additional animals, such as ducks and pygmy goats, starting professional development for teachers across the country, hosting field trips and investing in a learning kitchen. She also wants to start a new agriculture program at Oakboro where older students can raise plants using aquaponics.

“It’s still a process, and we’re still developing it, especially trying to work around all this Covid stuff, but everybody’s really excited about it,” Crawford said.

Last year, Union Power Cooperative awarded $21,000 in Bright Ideas education grants to 12 local teachers across four counties, according to its website, including one at Central Elementary and another at Richfield Elementary, to fund engaging projects for their students. In total, the projects will impact more than 5,000 students.