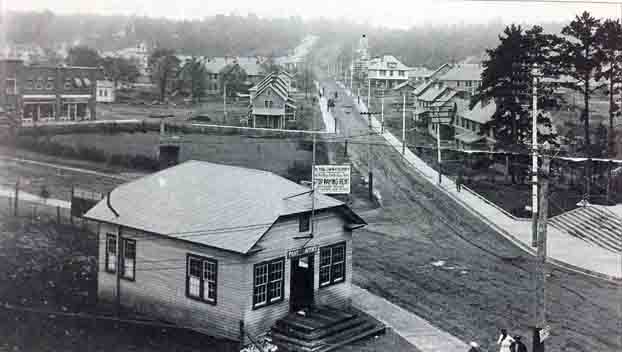 In February 1916, early phases of the construction of the Narrows Dam project were going on along the Yadkin River. Several newspapers ran a story that said the post office at Whitney, in Stanly County, was going to be closed and a new post office would be established at Badin. This new post office was originally to be called “Yadkin Narrows” and the town of Badin would change its name to “Yadkin Narrows.”

Later, a new story appeared in area papers that said the original story had been partly incorrect. The Whitney post office was to be closed soon, as had originally been stated, and the postmaster there was to be transferred to the new office located at Badin. The town would retain the name Badin and the post office would take that name instead of changing. The post office at Whitney closed in May 1916.

On May 11, 1916, Roshell B. Ritchie was appointed the first postmaster of the new Badin Post Office.