Pat Page, who passed away on Wednesday, will be remembered for having touched the lives of countless area children, primarily through her six-decade association with Kiddie Kare, one of Stanly County’s first child care business.

Numerous employees and parents, as well as former attendees of the two Kiddie Kare facilities in Albemarle, speak fondly of Page (usually referring to her as “Ms. Pat”), and of her kindness and dedication to the youngsters under her care. 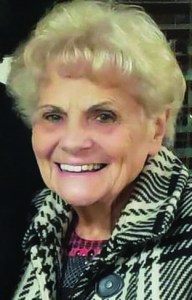 Page opened Kiddie Kare in the basement of her home in 1966, caring for one child.

“When I left my job to take care of kids, my employer told me I’d be back in a month,” said Page in a 2017 interview. “He didn’t think it would work out.”

Business was indeed slow in the early going, but enrollment grew to eight after several months, and by the early 1970s had peaked at 150, resulting in the Page family relocating next door to allow expansion of the facility. Parents from as far as 40 miles away were making the daily trek to place their youngsters under Ms. Pat’s care, and by 1981, enrollment and demand led to the opening of a second Kiddie Kare facility (Kiddie Kare Too).

While multiple generations of youngsters have received life lessons at Kiddie Kare, so have those who have worked with the students. Pat’s daughter, Deborah Cardwell, is now one of the facility’s directors, and a number of former Kiddie Kare employees have branched out to open day cares of their own.

“So much of child care in this county connects back to Mom,” Deborah said.

Leah Wagner, who had children enrolled at Kiddie Kare continuously between 1994 and 2007, was among the many who expressed their appreciation for Page’s work.

“Miss Pat loved all children unconditionally, and she taught by example. She was the epitome of the virtuous woman, and I am fortunate to have known her, and so grateful for her influence upon my children.”

Beth Mills, employed by Kiddie Kare since 1993, and a director of the facility on Pennington Road, when asked about her decision-making process, replied: “I always ask myself, ‘what would Ms. Pat do?’ In this line of business, it’s about the best rule of thumb to go by.”

Toby Thorpe is a freelance writer for The Stanly News & Press.