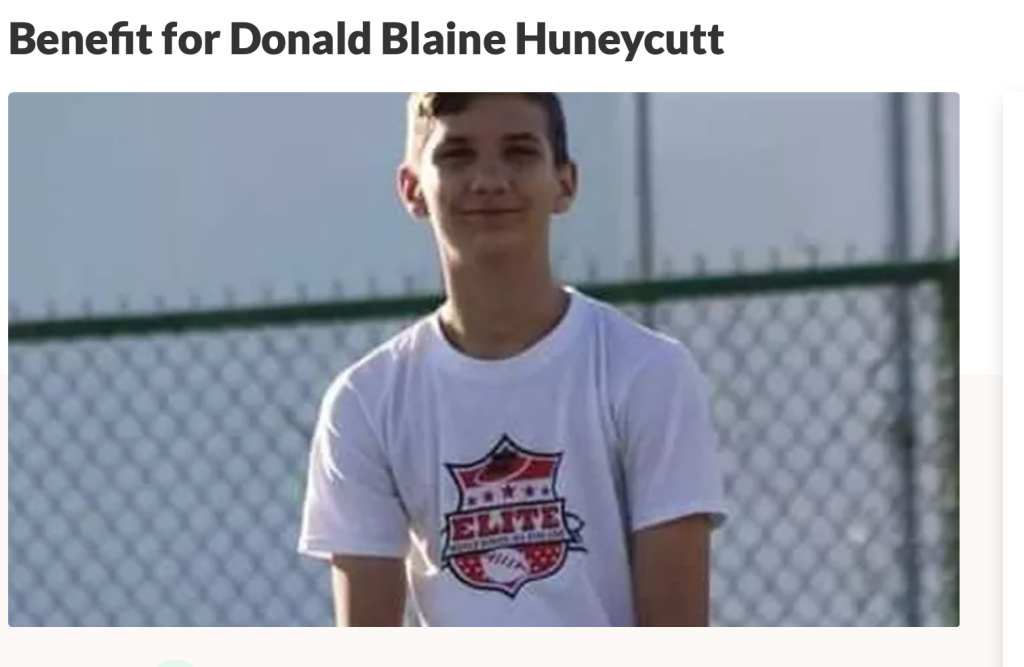 A GoFundMe page was set up to raise money for the family of Donald Huneycutt, who died earlier this year in a car accident.

A GoFundMe campaign was recently set up to help the family of Donald Blaine Huneycutt, a 17-year-old sophomore at West Stanly High who died in a single-vehicle accident Jan. 2.

Close friend Andrew Mullis created the account about a week after Huneycutt died.

“He was my neighbor, more like a brother, he spent every day after school and weekends and the summers over at my house,” he said.

“He was always willing to help anyone who needed it and would brighten a room in seconds,” Mullis wrote on the account. “We are raising money to help his family with funeral expenses.”

“He was a bright, talented young man who loved his family, and friends,” Mullis added.

He mentioned there is also a separate account that has been set up to support the family through Uwharrie Bank.