The end of an era: Starnes Jewelers set to close later this year after 124 years in business 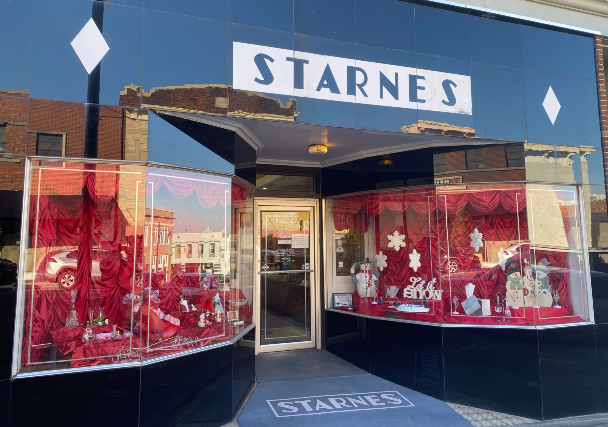 After 124 years of service, Starnes Jewelers is set to close shop in the coming months.

After 124 years of serving the community and cultivating relationships with customers not just within the county but across the country, Starnes Jewelers is set to close later this year.

Owner Gene Starnes, 80, had been contemplating retirement for quite some time, but had not seriously considered walking away from the store until more recently. He has been battling several health issues over the years, including cancer, Scoliosis and arthritis.

“It’s the hardest decision I have ever made in my life because it’s not what I want to do,” he said. “But health-wise and age-wise and everything, I think it’s what I need to do. It’s time.” 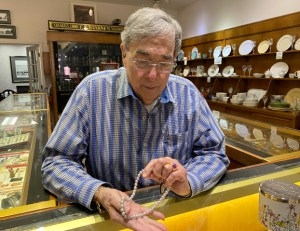 Starnes does not yet have a specific date for when the business in downtown Albemarle will close, but he said he plans to be open for a few more months.

When he looks back at the store’s legacy, Starnes is happy and honored knowing he’s played a key role for so many people over the many decades.

“We’ve been an important part of happy occasions of people’s lives,” he said, “from engagements and weddings to birthdays and anniversaries.”

Starnes recently sold an engagement ring to a young man who was the fifth generation in his family to buy rings from the store.

“There’s not many stores that can say that,” he said.

For many people, Starnes Jewelers has been synonymous with Stanly County.

“I want to thank all the customers for all of their loyalty for all these years and we have people from all over the United States that continue to know about us and shop with us,” Starnes said.

To put the business in proper historical context, 22 presidents, beginning with William McKinley, have been in office since the business first opened in 1898 by F.E. Starnes, Gene Starnes’ grandfather. As such, it is no surprise that it’s the oldest continually-run family retail business in the county and, Starnes estimates, one of the oldest jewelry stores in the country.

His grandfather, who was an optometrist and an apprentice to a jeweler in Monroe, set out on his bike to find a location to open his own jewelry store. According to family lore, F.E. fell off his bike in Albemarle. As he got up, he discovered a horseshoe beside the road, which he took for a sign that Albemarle was the right location.

“He picked up that horseshoe and brought it with him for good luck,” Starnes said about his grandfather. The horseshoe is framed and hanging inside the store.

Throughout the years Starnes, who began working full-time at the store after college and took over after his father died in 1976, has been to more countries than he can count. He’s traveled across Europe, Africa (he once went on a safari with other jewelers), the Middle East, Australia, China and Antarctica. He’s visited gold, diamond, opal and sapphire mines during his trips abroad.

“We were buying stones in all these places and got connections, some of which we still have,” he told the Stanly News & Press last year as part of a Stanly the Magazine profile, noting he continued to travel up until a few years ago when health issues forced him to stop. Once he identified stones for the shop, they were then mailed to Albemarle.

Since 1981, when his sister Pat moved back to Albemarle, Starnes has worked alongside his brother-in-law, Chris Bramlett, a certified gemologist appraiser and former professor at the University of Alabama. The only time they’ve been apart was a 15-year stint in the 1990s and early 2000s when Bramlett left the business to establish his own jewelry store in downtown Concord.

“It’s given me an opportunity to be involved in the community in a way that I could never have been involved had I remained in academia at the university level,” Bramlett said about the impact of the store on his life.

In addition to his work as a jeweler, Starnes has also been active in his local community. He’s a member of the Albemarle Rotary Club, was a member of the Historical Restructuring Committee and has been involved with the Stanly County Museum.

Even though Starnes is still figuring out what he will do with his life once the jewelry store closes, he wants to continue to have a presence in the community.

“We believe very strongly in giving back to the community,” Starnes said.

Looking back on a career that has spanned the majority of his life, Starnes said he has no regrets.

“I have enjoyed every minute that I’ve been here.”