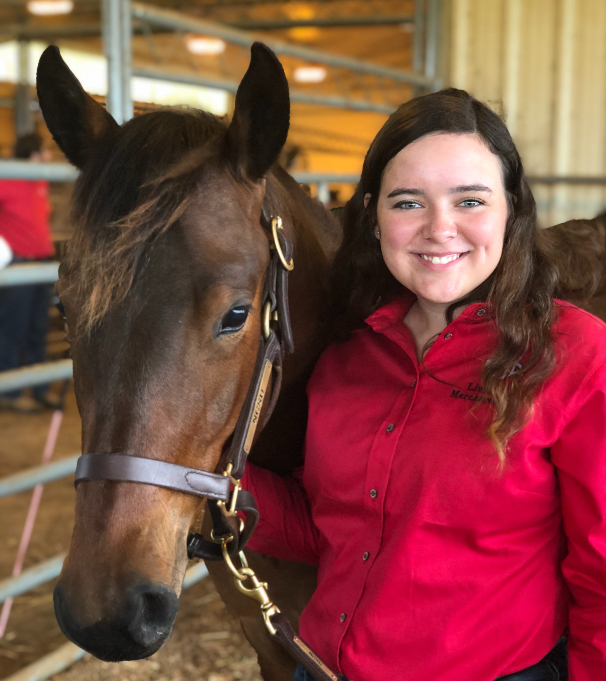 South Stanly's Casey Thompson is one of 27 finalists for a beginning teacher of the year award. Photo courtesy of Casey Thompson.

For the majority of her life, Casey Thompson aspired to become a veterinarian and help care for animals.

It wasn’t until her junior year at North Stanly High School that she began to have other ideas. After taking several agriculture classes, her agricultural education teacher and mentor Danny Blake offered her some advice.

“He was very honest with me and said, ‘You know, not a lot of people make it through vet school,’ ” she recalled.

He believed Thompson could make it but advised her to also consider other options.

That’s when she began to consider a career in teaching, specifically agriculture education. She wanted to mentor the next generation of students just like Blake had helped her.

“I realized how much he had done for me, taking me to all of these conferences and professional development, to help me learn how to be a leader as a high schooler and I was like, ‘You know, it would be really cool to have that impact on somebody else,’ ” she said.

Several years later, and Thompson has certainly had a positive impact on her students and school as a agriculture teacher at South Stanly High. So much so that she is one of 27 finalists across the state for the North Carolina Center for the Advancement of Teaching (NCCAT) 2022 Prudential NC Beginning Teacher of the Year Award.

She and the other finalists will take part in a week of professional development next week at Western Carolina University. The new teacher of the year will be announced Feb. 17. The winning teacher will receive a $5,000 prize, participation in a GoGlobal NC trip in 2023 and instructional supplies for their school.

“It’s definitely been a whirlwind,” Thompson said of the past few months. “And it’s been both exciting and kind of nerve-wracking.” 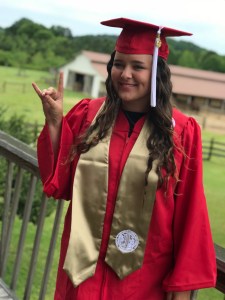 Casey Thompson is a graduate of NC State University, where she received a degree in Agricultural Education. Photo courtesy of Casey Thompson.

Making an impact and getting recognized

Following graduation from N.C. State University with a degree in Agricultural Education in May 2019, Thompson began her education career as an agriculture teacher at South Stanly High School a few months later in August.

While it was not the easiest time for new teachers, having to juggle between in-person and remote learning as a result of the COVID-19 pandemic, Thompson has learned a lot — and she’s made quite an impact.

She applied for and received a $2,000 grant from Pee Dee Electric last school year, which went to purchasing chickens and building a chicken coop so her students could learn more about the incubation process.

“We started breeding them and actually incubated a lot of eggs and hatched the eggs,” she said.

She plans to sell the chickens and some donated rabbits this spring. 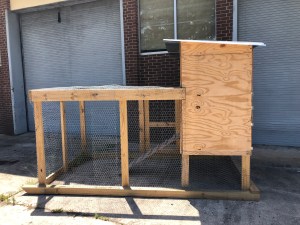 Thompson also received a Go Outside NC Heritage Grant, which helped her create an arboretum and outdoor learning space for her students and she led a community service project in which students planted pansies in downtown Norwood.

In order to keep expanding the agriculture program at South, she has received more than $13,000 in donations and sponsorships, according to principal Chris Jonassen.

“Casey is an absolute treasure to South Stanly High School and to her community,” he said, noting that she “truly cares for each and every student she teaches.”

“She not only shares her love of the field with students,” he added, “but encourages and inspires them to do the same.”

As a result of her work, Thompson was selected during a school board meeting last June as the district’s 2020-2021 Beginning Certified Employee of the Year. The other two finalists were Aquadale Elementary’s Britany Murphy and Endy Elementary’s Melissa Woods.

Having just gotten married, Thompson watched the board meeting on Facebook Live on her honeymoon in Florida. She knew she was a finalist, but since she could not be in attendance, assumed one of the other teachers would win. She had a feeling her name would be called though, once she spotted her parents at the meeting.

In December, Thompson received even more good news: She was notified she was a finalist for Beginning Teacher of the Year Award.

The adulation she’s received from students and staff for her accolades at the local and state level has been a much-needed boost as Thompson has dealt not only with the struggles of being a first year teacher but also the many obstacles created by the pandemic.

“What lots of people don’t know is that being a first year teacher is really hard because not only are you trying to learn about the school system and how everything functions, but you’re also trying to teach yourself new curriculum and know how to mange classroom behavior,” she said.

“It’s really challenging to do all that,” she added, “so I think those congratulatory emails and all that came at just the right time when you’re starting to feel burned out.”

As of now, Thompson is focused on her students and the rest of the semester, but she is looking forward to spending time with the other teachers across the state this month.