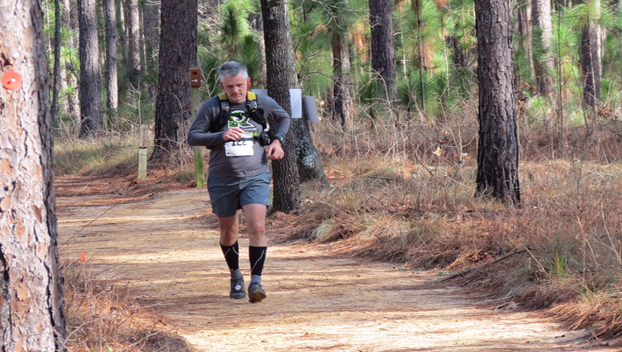 As an emergency physician at FirstHealth of the Carolinas, endurance athlete and anonymous kidney donor Matthew Harmody, M.D. has never been one to shy away from difficult, impactful work.

His next challenge combines physical fortitude and living kidney donation advocacy as he joins 21 other kidney donors to climb the world’s largest freestanding mountain, Mount Kilimanjaro, in Tanzania, Africa.

The One Kidney Climb is coordinated by the non-profit organization Kidney Donor Athletes (KDA) to bring attention to the need for living kidney donors and demonstrate that one can donate a kidney and still live a healthy and active lifestyle. The group is scheduled to reach Mount Kilimanjaro’s summit — 19,341 feet above sea level — on World Kidney Day, March 10.

“The need for donor kidneys is tremendous,” said Harmody.

According to the United Network for Organ Sharing (UNOS) more than 97,000 people in the United States are on the waiting list for a kidney transplant. More than 3,000 patients are added to the list every month.

With far more patients on the waitlist than donors, an average of 13 people die every day waiting for a kidney.

“Kidney donation is a lifesaving treatment option when someone goes into renal failure, meaning the kidneys have shut down and can no longer filter waste,” Harmody said. “After a successful kidney transplant, most patients can return to their activities and continue everyday life.”

Patients can receive a kidney from a living donor or a healthy person who passed away unexpectedly, as in a car accident. Living donor kidneys are preferred, as there is less chance of rejection by the recipient’s body. Additionally, the KDA reports that only 3 in 1,000 registered organ donors die in a way that allows for organ donation.

If no donor kidney is available for transplant, the only other treatment option is dialysis, a process that mechanically removes waste from the body. Patient and their caregivers travel to a dialysis center several times each week, and each session lasts several hours.

“No one should be on dialysis,” said Harmody. “It’s difficult on patients and their caregivers and often results in a poor quality of life for both.”

The notion of living kidney donation is personal for Harmody, as his father was diagnosed with end-stage renal failure at age 50. Matt was a sophomore in college and wanted to be considered as a kidney donor. His father wasn’t keen on receiving a kidney from a family member, opting instead for a cadaver transplant. Unfortunately, his body rejected the kidney, and he died at age 59.

The idea of missing an opportunity to help someone stuck with Harmody and influenced his decision to become an emergency physician. In 2001, Dr. Harmody, his wife Susan and their young sons Matthew and Andrew moved to the Sandhills for him to work for Sandhills Emergency Physicians, which provides emergency care at each of FirstHealth’s emergency departments.

Since Harmody’s start in medicine, he said that not a single day passed in the emergency department that he didn’t treat at least one dialysis patient going through an acute or life-threatening situation.

“The hardships facing patients whose kidneys have failed and are now on dialysis are incredible,” he said. “No one should have to go through that.”

After his father’s death and years of practicing medicine, Harmody thought of kidney donation. A lot. As an endurance athlete with dozens of running and biking races under his belt, he knew his body was healthy and he could thrive with one kidney.

“After years of asking myself why I should do this, my questions evolved into ‘why not do this?’ ” he said.

He completed a rigorous evaluation process at the University of North Carolina at Chapel Hill and was accepted as a kidney donor in early September 2017. He was listed as a non-directed donor, meaning his kidney would go to a stranger. Another donation option is directed donor in which the donor and recipient know each other. The third option is called paired donors in which two donors swap their kidneys with someone they don’t know to make a compatible match for someone they do know.

A few weeks after being listed on the National Kidney Registry (NKR) donor list, Harmody received the call that NKR found a match. Doctors performed the four-hour surgery on Sept. 27, 2017, and his kidney was flown to a patient at Indiana University Hospital.

“My situation is a bit unique,” Harmody recalled. “For some reason, the receiving patient’s doctor didn’t like the look of my kidney and sent it back.”

With no shortage of patients on the waiting list, UNC quickly found a match and transplanted the kidney into a grandmother the next day. To this day, Harmody doesn’t know who she is.

The day after his surgery, Harmody was up and walking in the hospital hallways. He was home the day after that.

“My surgery was on a Tuesday, and I was back at FirstHealth for meetings the following Monday,” he said.

He wasn’t allowed to run or ride his bicycle for eight weeks and was careful not to lift patients or bump into others in the emergency department.

From kidney donation to donation advocacy

After more than 20 years in the emergency department, Harmody recently stepped away from clinical practice but continues to serve as medical director of FirstHealth EMS and president of Sandhills Emergency Physicians.

“This allows me more time to devote to living kidney donation advocacy,” he said.

Harmody got involved with KDA, an organization that inspires, supports and educates people about the experience of kidney donation through living donor athletes. Through KDA he learned about the One Kidney Climb at Mount Kilimanjaro. He was hooked.

“Kilimanjaro has always been on my bucket list, and my wife is tired of me bugging her to go with me,” said Harmody. “When I saw the announcement for One Kidney Climb, which combines Kilimanjaro with kidney donation advocacy, I knew it was the perfect match.”

Harmody boards a plane for Moshi, Tanzania, on March 1, arriving the next day. After several days to get acclimated to the altitude (Moshi is 4,000 feet above sea level; Pinehurst is 525 feet, for comparison) he and his fellow kidney donor athletes from across the United States and Canada will set out.

Five days later, they hope to reach the summit at 19,341 feet above sea
level.

The ascent to the summit is similar to going from the equator to Antarctica in one trip, as climbers will encounter five distinct ecological zones along their route. Weather at the start in tropical Moshi will be warm, but as the climbers reach higher altitudes, the zones get increasingly colder until reaching the summit in the arctic zone.

To track the climb with Harmody and his fellow kidney donor athletes, visit One Kidney Climb website at kidneydonorathlete.org/one-kidney-kili-climb/ or follow on social media at #KidneyDonorAthletes.

To learn more about being a living donor, visit the National Kidney Registry. Harmody welcomes the opportunity to share his story and knowledge of living kidney donation and can be reached at mharmody@gmail.com.

“When I donated my kidney in 2017, I didn’t really share with many people what I did because it sounded to me like bragging. However, I began to see the importance of advocating and sharing my story. If I’m going to create change, I must get out there and spread the word.”