PEEKING INTO THE PAST: Albemarle Football from 1922 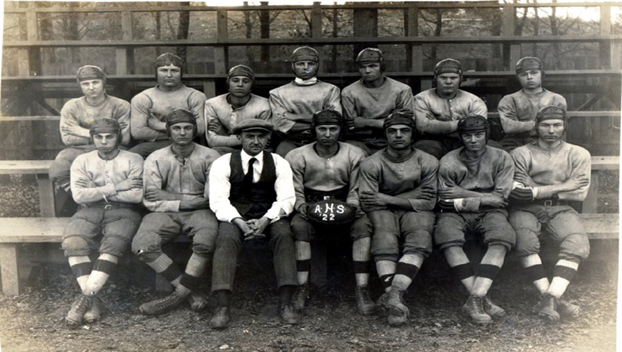 The first game was played Oct. 14, 1922 at Efird-Wiscassett Ballpark and the opponent was Landis High School. Admission for the game was 25 and 35 cents. The weather was cold and rainy, so the field quickly became muddy.

The bad weather kept many of the townspeople away, but the team won 19 to 12.

There were five games in the first season. The other opponents included Spencer (twice), Salisbury and Concord.

The Albemarle team ended the season with one win and four losses, but they had played well against these more experienced teams.