The Stanly County Sheriff’s Office is asking for the public’s help as they reexamine an unsolved homicide case that occurred about a decade ago.

On the evening of May 12, 2013, 27-year-old Jason Burleson, a Stanly native, was found dead in his home outside of Albemarle. He was shot and found duct-taped to a chair in his basement. The Sheriff’s Office and the State Bureau of Investigation worked the case, but were not able to identify any true suspects and no individuals have been arrested. 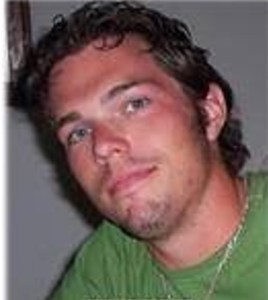 The Sheriff’s Office is hoping the public can provide information regarding the death of Jason Burleson in 2013. Photo courtesy of Capt. Chris Huneycutt.

Stanly County Crime Stoppers continues to offer a $15,000 reward for information leading to the arrest and conviction of the person or persons responsible for Burleson’s death.

“This is absolutely a plea for help,” said Capt. Chris Huneycutt, who’s head of criminal investigations and is looking into the case along with two detectives. He said it’s quite uncommon for the Sheriff’s Office to handle a murder case which produces no arrests or even any suspects.

Though he realizes it’s a long shot, Huneycutt said he’s hoping members of the public who knew Burleson but might have been reluctant to come forward in 2013 have additional information they would now be willing to share.

“We feel like with as many people as he (Burleson) interacted with, that someone would know some information that could certainly point us in the right direction,” Huneycutt said.