PEEKING INTO THE PAST: Stanly Dairies 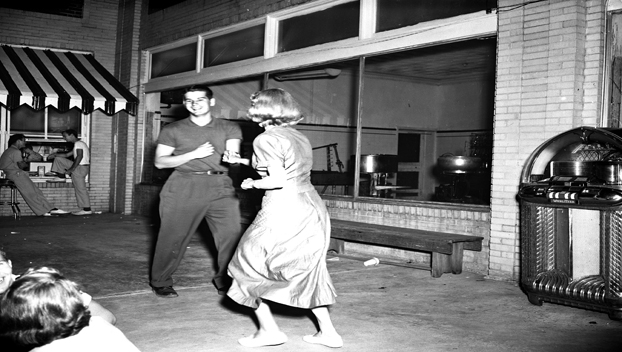 Stanly Dairies was a popular hangout.

Stanly Dairies was incorporated in April 1943 and according to the Stanly News & Press from Sept. 4, 1951, it opened for business in January 1944.

As seen in today’s photo from John Williams’ collection, the business was a popular hangout for the young people of the area.

Stanly Dairies had worked closely with the Burrage family of Cabarrus Creamery for a number of years, so in 1959 when Stanly Dairies began struggling financially, it was purchased by the Burrages.

Unfortunately, just two years later in 1961, when the much-needed school milk contract was not renewed, the business was forced to close.