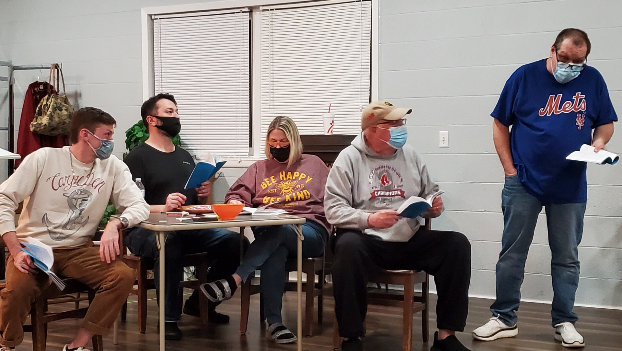 The Uwharrie Players will begin its 2022 season next weekend with the production of Neil Simon’s classic “The Odd Couple.”

First appearing on Broadway in 1965, the play is set in New York City and focuses on the interesting and comical dynamic between the fastidious and neurotic Felix Unger, who after being thrown out by his wife, moves in with his slovenly and easygoing best friend Oscar Madison.

The play, which has had several stage revivals over the years, was later turned into a 1968 movie starring Jack Lemmon and Walter Matthau and spawned several TV shows.

“The whole show is basically about them living together, the situations that them being so different creates and how they end up kind of changing each in the end for the better,” said Austin Coats, a Uwharrie Players veteran who will direct the production.

Coats said the show can be best described as a sitcom for the stage.

Though he was not around when it was first created, Coats, 28, said the concept of opposite personalities coming together can still resonate with audiences.

While the plot remains the same, the Uwharrie Players have found subtle ways to help modernize the story. It’s still set in the late 1960s, but the language and some of the references have been updated.

“We kind of looked at it from a modern conscience…we just looked at it through today’s eyes while setting it in its original time period,” Coats said.

Even with some of the small modifications, Coats is confident the production will still provide plenty of laughs.

“I think that everything that we’ve done in the show will be palatable for new and old audiences,” he said. “I would hope that maybe people’s grandparents who watched it in the 70s can bring their grandkids. I think people my age and younger can also enjoy it.”

The cast, which consists of eight actors, has been rehearsing since mid-January. They include: Steven Forster as Oscar Madison; James Cotton as Felix Unger; Steven Tucker as Murray; Melissa Eudy as Speed; Russ Sharples as Roy; Christian Payne as Vinnie; Amanda Griffey as Cecily Pidgeon; and Lacey Whitaker as Gwendolyn Pidgeon. 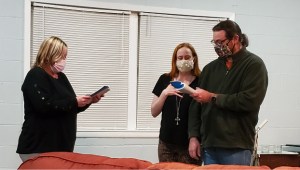 The production, which is comprised of three acts, will last about two hours and will feature two intermissions, Coats said.

Tickets can be purchased online (http://www.uwharrieplayers.org) and are also available at Second Street Sundries and the Stanly County Agri-Civic Center. Tickets are $13 for adults (advance) and $15 at the door, $10 for seniors/juniors and $12 at the door and $5 for children 10 and under. Season tickets are also available.

The 2022 season will feature two other productions: “Little House on the Prairie” in the summer and “The Diary of Anne Frank” in the fall.