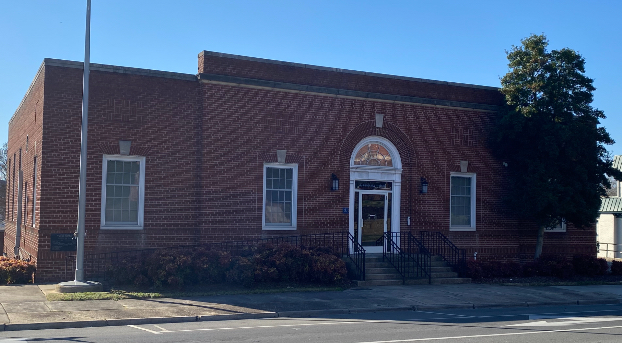 Albemarle is looking for a developer to re-purpose the former police headquarters at 203 N. 2nd St.

Ever since the Albemarle Police Department moved into its current headquarters at 155 W. South St. two years ago, its former location at 203 N. 2nd St. has remained vacant.

But that could soon change.

The city is seeking proposals from developers to purchase and enter into a development agreement to repurpose the 7,800-square-foot facility. Constructed in 1940, the facility was first utilized as a U.S. Post Office before the police bought it and moved into the space in 1969. An appraisal of the property was completed last fall and it showed a value of $350,000.

A request for proposals was sent out Feb. 25 and interested parties have until 5 p.m. April 22 to submit five copies of their development proposals.

“Proposals should be focused on creating a space that complements the vitality of downtown and promotes residential and retail activity downtown beyond standard 8-5 business hours,” according to the RFP.

“There has already been recent interest in the building from several developers but “the reason we’re doing it this way (with the RFP) is so we can negotiate a development agreement to make sure that whoever purchases the building develops it in such a way that it meets what our needs are in the downtown,” Economic Development Director Keith Tunnell said.

Following the application deadline, the City Development Review Committee will meet with prospective developers to go over each proposal in detail. The committee will conduct a final review no later than the end of May and submit its recommendations to City Manager Michael Ferris and city attorney Britt Burch. They will then bring the recommendation before City Council for approval.

“By July 1, we should have everything in place and approved,” Tunnell said.

The city is looking to redevelop several other properties it owns in the downtown area, including the old mill at Market Station, Tunnell said. Council approved an incentive agreement last year for a craft beer startup business, Uwharrie Brewing, which is set to open later this year in the former fire station behind City Hall.