TRAVELS WITH TOBY: Cyclists will go coast to coast for others 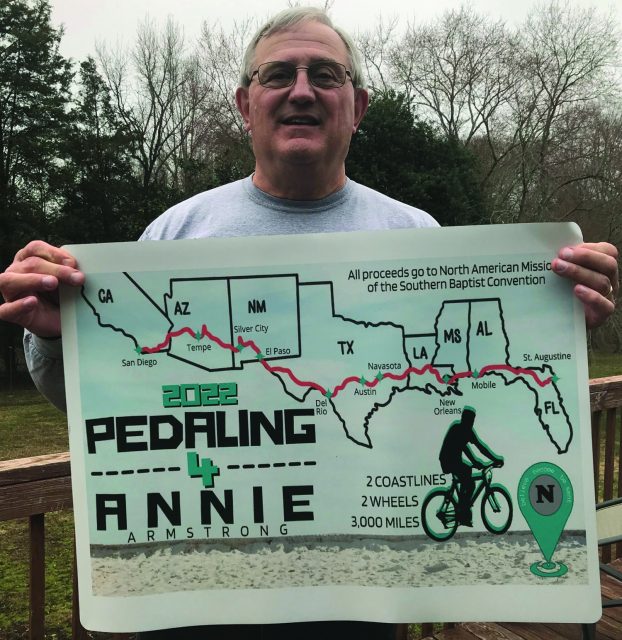 Toby Thorpe is off of a cross-country journey to raise funds.

When the proposal of a coast-to-coast bicycle trip was first raised a few years ago, cyclists Toby Thorpe, Mike Stanley and Earl McMahon liked the idea.

“We all had it on our bucket lists,” Thorpe said. “So, we started looking at ways to make it happen.”

The trio members all had experience with multi-day rides.

“All of us have done the Blue Ridge Parkway from end-to-end, Mike and I have done numerous Cycle North Carolina Mountains-to-the-Coast rides as well as the Natchez Trace Parkway through Tennessee, Alabama and Mississippi, and Earl and Mike have recently gone for week-long rides in Wyoming and Oregon,” Thorpe said.

Now, with spring looming, the three self-described “cycle-paths” are prepared to head west to San Diego, California this week and begin a two-month journey from Pacific to Atlantic on two wheels.

But what started as an opportunity for personal adventure has become, for each cyclist, an opportunity to “give back,” as each will be riding for a cause important to them.

Thorpe, who described a 2019 mission trip to Haiti as a “life-changing experience,” asked Jonathan Blaylock, his pastor at North Albemarle Baptist Church, about the possibility of tying the trip in with missions. 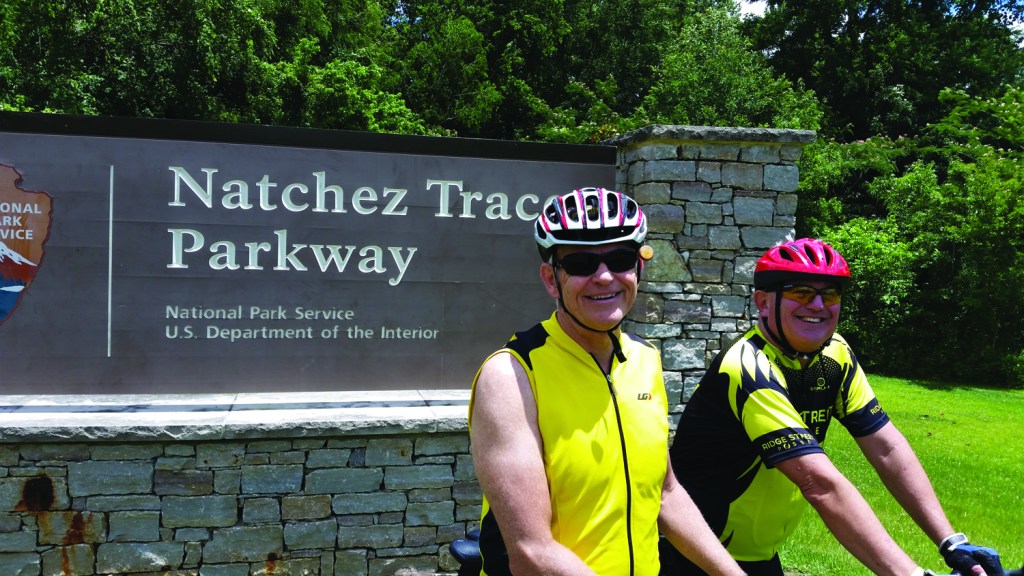 “Since the trip would encompass Easter, he felt it would be good to use it as a means to raise funds for the Annie Armstrong Easter Offering,” he said. So Pedaling for Annie came about as a title for the effort.

“Ideally, we would like folks to make per-mile pledges. The route is almost 3,000 miles, so, for example, if someone can pledge a penny a mile, that’s $30.” said Thorpe, who added that flat donations are welcome as well.

In addition, he noted that 100 percent of the proceeds will go to the Easter offering, which provides support for thousands of missionaries in the United States, Canada, Puerto Rico, Guam, American Samoa and the Virgin Islands.

A Facebook site has been established, at which the group’s progress, as well as photos and videos, will be posted. Thorpe will also file reports for The Stanly News & Press while on the road.

Stanley, who was born in Wilmington and now resides in Vilas, experienced a broken home and the passing of his mother at an early age. Due to these circumstances he, his sister and brother eventually were enrolled at Crossnore School in Avery County, where he was a resident until graduating from high school in 1977. 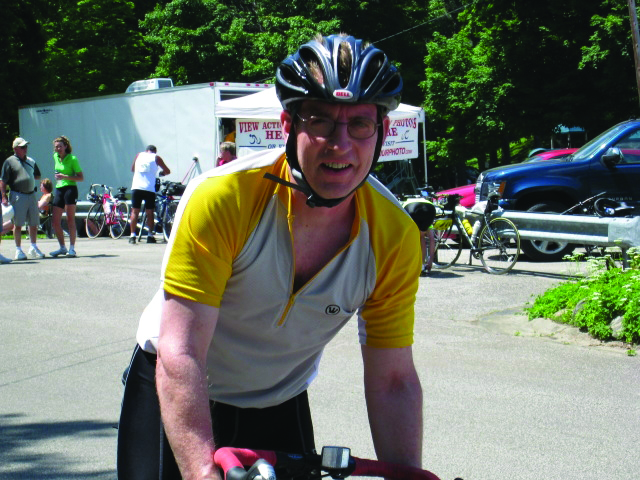 He will be cycling to raise funds for the place he once called home and that provided a stable and nurturing environment during a tough period of his youth.

“Crossnore School merged with Children’s Home of Winston-Salem in 2017, and is now known as Crossnore Communities for Children,” Stanley said. “The facility continues to provide a healthy environment through foster care for children in crisis, and it provides a Christian environment to help bring about hope and healing for the youngsters there. It exists through the support of generous donors.”

McMahon, who lives in Blowing Rock and is originally from Pittsburgh, received some unsettling news in late 2021 that led him to ride for a cause as well.

“Sonograms indicated that my grandnephew, Ben Gaston, would be born with hypoplastic left heart syndrome, a disorder in which the left side of his heart is underdeveloped,” he said. “I will be riding to raise money and awareness for Conquering CHD (congenital heart disease).”

“Ben is one of 40,000 children born annually with congenital heart defects,” added McMahon, “and Conquering CHD exists to create awareness and community and to build knowledge and research that will hopefully lead to prevention, and even cures, of these abnormalities.”

The trio will leave Boone via RV on Monday and hope to reach San Diego and begin cycling east through the southern U.S. around March 12. The route will parallel the United States-Mexico border from California, through Arizona and New Mexico to Del Rio, Texas, where it turns to the northeast before crossing into Louisiana.
From Louisiana, it will parallel the Gulf Coast through Mississippi, Alabama and the panhandle of Florida before crossing northern Florida and ending in St. Augustine.

“When we were planning the ride, we came to realize that we all are blessed beyond measure in so many ways, and we decided that this would be a great opportunity to pass our blessings on,” Thorpe said.

Interested in supporting any or all of these three cyclists?