Wanting to take advantage of the booming housing market, a husband and wife in Albemarle recently opened a new real estate business in the downtown area called Danu Realty LLC.

After moving into their location last October, Katie Brasseur and her husband Dean, both Keller Williams agents, had their first open house last month. The business, at 232 E. North St., is an extension of the Keller Williams select office in Indian Trail and is the first Keller Williams office in the county.

“From the initial meeting to the closing, our goal is to make sure that you feel comfortable, supported, and informed,” according to Danu Realty’s website. 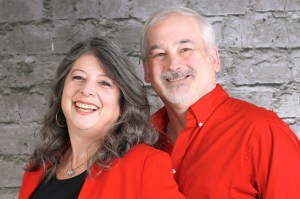 Having previously worked from home, things got so busy that the couple decided they needed to establish a physical presence within the county.

Much of the demand, Katie Brasseur said, is coming from people who are attracted to the affordable housing offered in Stanly County compared to more pricier areas like Charlotte and Concord.

“The prices are going up, but it’s nothing like Charlotte,” she said.

And Stanly County has seen a steep increase in new residents over the past couple of years, largely a byproduct of so many people moving to the Charlotte area.

Pending home sales in the county through January of this year, the most recent data, were up 22 percent, with 82 properties being sold, compared to the same time last year, according to data from the Charlotte-based Canopy Realtor Association. New listings and average sales prices were all also up so far this year compared to last.

“For every house that we’re looking at, there’s got to be 50 or more buyers that are looking at the same house,” Brasseur said. “It’s a market like nobody’s ever seen before.”

By operating under the Keller Williams umbrella, Brasseur said, she and her team, which consist of five agents, have access to listings across the world. Aside from Stanly County, Danu Realty also serves residents in Cabarrus and Mecklenburg counties as well as portions of South Carolina.

Though not originally from Albemarle, where she and Dean have lived for almost six years, Brasseur can still relate to the long-time residents based on similar experiences growing up in Saginaw, Michigan.

“The town that we came from was a predominately General Motors town,” she said, “and when GM pulled out it was a lot like Albemarle when big cotton pulled out…What we’re seeing here is Albemarle’s got some revitalization going on which is similar to what we saw up there.”

The couple moved to North Carolina about eight years ago, after Dean got a job with Lionel, a company based in Concord that designs toy trains and model railroads.

After many years in the corporate world, Brasseur received her real estate licenses in 2014 and Dean joined her in 2020.

“I always loved real estate and I wanted to get into it for a long time,” she said.

Wanting to avoid the hustle and bustle of life in Concord, the couple decided to move to Albemarle.

“We liked the small town feel and we had driven through Albemarle and we just loved the way that the town looked,” Brasseur said.

Getting involved in real estate has also given the Brasseurs a chance to give back — and play their part in helping to revitalize the community.

“We’re just excited to see the growth that’s going on right now,” she said. “Albemarle’s coming back and we’re just delighted to see that.”