DAN KIBLER COLUMN: What was the commission thinking?

One of the agencies that manages fish and wildlife in North Carolina did some good things about 10 days ago, but the other, eh, not so good.

The N.C. Wildlife Resources Commission, in its monthly meeting in late February, approved a handful of changes to hunting and fishing regulations that will benefit both sportsmen and the fish and wildlife they pursue and target.

Chief among them were creating a spring season for gray squirrels, changing the size minimums on hybrid and striped bass on Lake Norman, adding a new game land covering 2,340 acres in Wilkes and Caldwell counties and approving a new campground for hunters on the B. Everett Jordan Game Lands near Pittsboro.

The spring squirrel season will take effect on the second Monday in May 2023 and last two weeks. It will be in effect only on private lands across North Carolina, and the daily bag limit will be eight squirrels per hunter. While spring squirrel hunting is new in North Carolina, several other states in the Southeast have popular spring seasons that begin after the spring turkey seasons end.

Fishermen can keep only striped bass and hybrids that measure at least 20 inches long, beginning Aug. 1, a change from the current 16-inch size minimum. The creel limit will remain four fish per day, per angler.

The commission voted to open the 2,340-acre Kings Creek Game Land in Wilkes and Caldwell counties on recently acquired land. The tract will be added to the Western Deer Season, and it will have an introductory either-sex season of one day.

And now, as radio personality Paul Harvey used to say, “the rest of the story.”

Shamefully, the N.C. Marine Fisheries Commission continues to consider recreational fishermen as second-class citizens when it changes or adopts regulations. The latest chapter in this saga was in late February at the commission’s monthly meeting, when it voted to give recreational fishermen a six-week flounder season, Aug. 16-Sept. 30, with a one-fish daily creel limit and 15-inch minimum size.

Yep, that’s right, one flounder per day for six weeks. 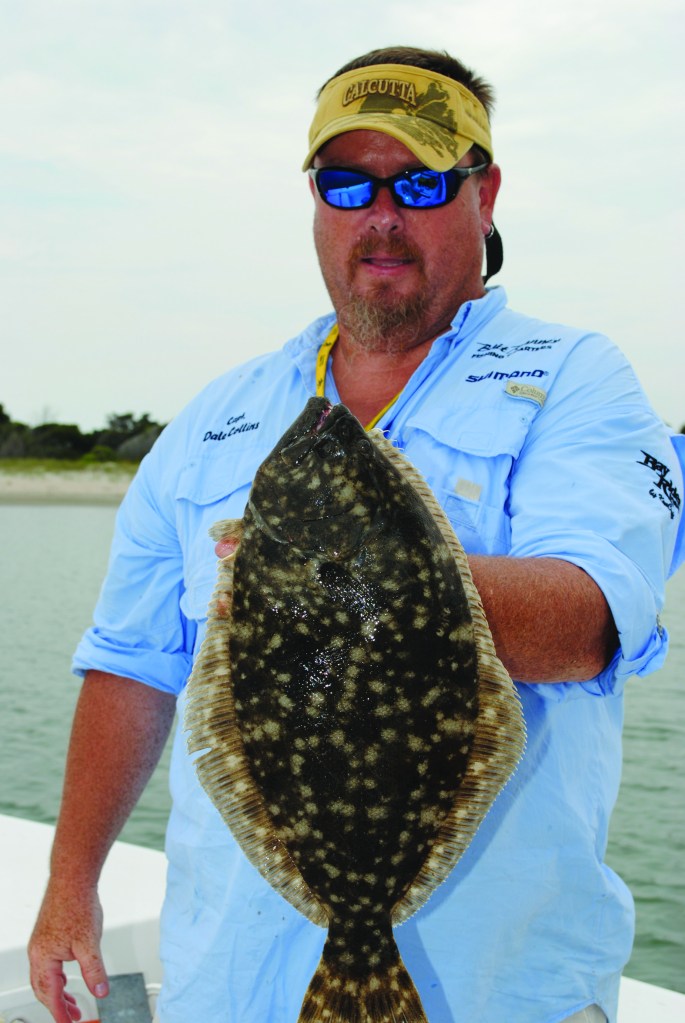 Swansboro fishing guide Dale Collins, a native of Surry County, shows off one of his flounder. (Photo by DAN KIBLER)

You see, southern flounder are not doing well up and down the South Atlantic coast, especially not in North Carolina waters, where a robust commercial fishing industry takes 70 percent of the annual harvest.

The commission had earlier voted to change the allocation of flounder from 70/30 commercial/recreational in favor of recreational fishermen, but members changed their minds at their latest meeting, delaying any changes an extra two years. As it stands, the 70/30 allocation will remain in effect in 2023 and 2024, then moved to 60/40 in 2025 and 50/50 in 2026.

So for another four years, recreational fishermen will basically be told to look elsewhere for flounder, while the commercials will continue business as usual. Oh, the commission did vote to add a spring ocean flounder season for recreational fishermen, so they can target healthy populations of summer and Gulf flounder – the commercials already had access to those fish – except that a March 1-April 15 season is a joke; flounder aren’t in accessible areas in any kinds of numbers during that six-week time frame.

Oh, and if one fish and six weeks isn’t bad enough, the commission warned that if, in its opinion, recreational fishermen exceed their allocations at any time, they’ll have to “pay back” those fish in future years, leading to even shorter seasons.

Two veteran North Carolina fishermen who gave seminars at the recent Central Carolina Boat and Fishing Show in Greensboro had some interesting takes on the Commission’s decision.

“You don’t want to hear my real opinion,” said Noah Lynk of Harkers Island, who operates Noah’s Ark Guide Service. “It is what it is. I guess we just have to deal with it. But the last few years, maybe it’s just me, but I’ve been catching so many more flounder, and good ones, that they’ve almost been aggravating. You’re out trying to catch red drum and you’re only catching flounder. I think their (catch) numbers are all wrong”

Jerry Dilsaver of Oak Island, a crackerjack inshore fisherman – especially in his Hobie fishing kayak – questioned whether the commission had really considered other options.

“It’s not good, and I have heard no one give me any reason to believe it’s fair,” he said. “If they’re going to give us six weeks, they should change the dates so the season starts around June 1. And why not allow some 13- to 15-inch fish and maybe one over 17 inches. The biologists have shown us that bigger flounder are mostly female, so why are we pushing people to catch these bigger fish, the breeders. The commercials want to catch the bigger fish, because they have more weight to sell.

“Last year, you had 700-plus commercial fishermen who sold flounder, and yet, we’re taking billions of dollars of recreational money away from the state.”