PEEKING INTO THE PAST – Lowder Poultry Farms 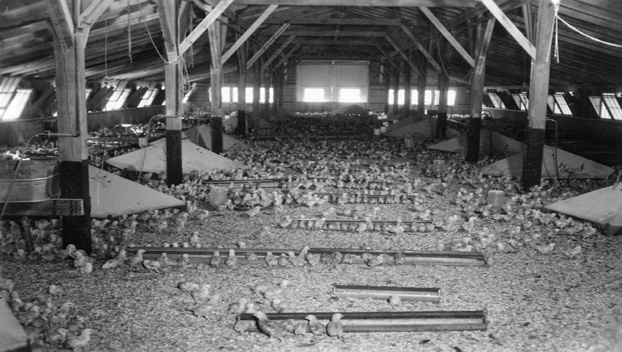 According to the March 27, 1950 Greensboro Daily News, during September 1949, five Lowder brothers, led by W.A. Lowder, began construction of the Lowder Poultry Farms near Albemarle.

Over time, the business became the largest broiler factory in North Carolina and was thought to possibly be the largest in the South. Originally five brooder houses were constructed that were 40 feet wide and ranged from 250 to 450 in length. This capacity allowed them to ship 9,000 broilers (chickens) each week.

Due to the immediate success of the business, plans were quickly put in place to increase capacity to allow shipments of as much as 20,000 broilers per week. (That meant that there would be 200,000 chicks on hand at the plant.)