Norwood Police Department has arrested a man for death by distribution and second-degree murder following a December death investigation.

Norwood Police Department and Stanly County Sheriff’s Office responded Dec. 7, 2021, to an overdose at a home in Norwood. The victim passed away several days later as a result of an overdose, police said. 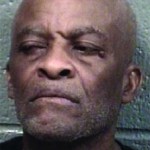 During a month-long investigation, information was obtained that led to the arrest of Dwight Wall of Norwood.

Wall was arrested by Norwood Police for second degree murder and death by distribution. Wall is being held at the Stanly County Ralph McSwain Detention Center, under a secured bond.