Majoring in history made all the difference for Pfeiffer graduate

When 1997 graduate Mac Macsovits told his mother, the late Anne McLean Macsovits (Class of 1977), that he would major in history at Pfeiffer University, she said that doing so would make him unemployable. Anne had majored in English at Pfeiffer, as had another son, Peter. Her career as a family nurse practitioner wouldn’t really take off until after she had earned a master’s degree in nursing from The University of Tennessee in 1996.

Macsovits was undeterred. He has enjoyed gainful employment in several fields, including teaching, philanthropy and business. He is a zealous advocate for the humanities.

“Majoring in history opened up my eyes to a great deal in the world, through books and research,” he said from his home in Denver, Colorado. “It ignited a desire in me to learn more and more. I’ve got my religious beliefs, for example, but why do other people believe the way they do? Why do people write certain poetry? Why did historical figures act the way they did?”

Macsovits credited two former history professors at Pfeiffer, Dr. Karl Campbell and Dr. Juanita Kruse, for inspiring him to explore everything from Pfeiffer’s Misenheimer campus to various foreign cultures around the world. 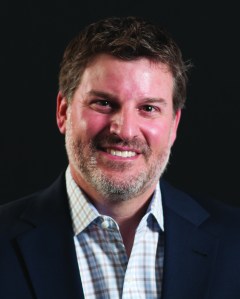 “I’m not sure I would have had that curiosity if they hadn’t pulled it out of me,” he said.

Macsovits became curious enough about education to earn a Master of Education degree from Vanderbilt University, in 2002. Shortly after, he moved to Denver, where he taught history in a local high school for several years.

He then gravitated to philanthropy, first as a major gifts officer for the Colorado field office of The Nature Conservancy, which works to protect and care for nature. Macsovits’ appointment at the conservancy coincided with the birth of his son, Guion, who has Down syndrome and dealt with some significant heart issues in early life.

“I was traveling pretty extensively,” Macsovits said. “My fear was that I would be on the road and my wife, Rebecca, was going to call me and say, ‘Hey, you know, I’m headed to the hospital for an emergency heart surgery.’ So, I knew that I wanted to do something closer to home.”

That turned out to be volunteering for and then running the development operations of Special Olympics Colorado, between 2007 and 2009. In time, Macsovits heard that Rocky Mountain Down Syndrome Association was looking for a new executive director. He applied and landed the job, which he would hold between 2009 and 2020.

When Macsovits’ tenure at the association began, it was serving the Denver area only. He eventually expanded the association’s scope to include all of Colorado and Wyoming as well as eastern Utah and northern New Mexico.

“I knew exactly how Rebecca and I felt when we got the diagnosis,” Macsovits said. “We felt alone, unprepared, scared and sad. I couldn’t sleep at night knowing that many people outside the Denver area were going through the same thing but didn’t have anybody to call or anyone who could support them.”

Macsovits’ gifts as a fundraiser resulted in an increase in the association’s annual budget from $300k to $1 million. The association now has the resources to live up to an “unwritten” motto: “If you call us and need us physically to be with you or at a meeting with your educator or your doctor, we will be there within 24 hours, regardless of where you are.” It is contributing to a sea change in thinking about people with Down syndrome: “Rather than being marginalized in isolation with no friends, they are getting married,” Macsovits said. “They’re getting divorced. They’re going to college. They’re getting their driver’s licenses. They’re living very typical lives. We couldn’t say that 20 years ago.”

Macsovits is now serving a three-year term on the association’s board. Toward the end of his tenure as the association’s executive director, he had begun to feel that he had taken the organization as far as he could.

He also needed a way to distance himself from the “overwhelming” scenario of “waking up to Down syndrome, going to work for Down syndrome, and coming home to Down syndrome.” So, in 2020, Macsovits joined Cask Catalyst, a new company that helps emerging brands in the “bev-alc” industry “grow the right way.”

“We don’t work with startups,” Macsovits said. “We work with emerging brands that may need help with brand-building, sales, marketing and distribution so that they can get to the next level.”

Each partner at Cask Catalyst wears a different hat. Macsovits has assumed the role of the numbers guy, helping distilleries with budgeting, finance, revenue and expenses. He loves his work, having long collected and sampled various bourbons and whiskeys.

Macsovits, then, has been on a long and diverse journey. In a sense, that journey began at Pfeiffer many years before he enrolled there: He grew up in Norwood. His mother began attending Pfeiffer in her late 20s. She stood out as a single mom who made straight As even as she raised three kids and worked odd jobs. While she attended class, Macsovits and his siblings would play on campus and watch the trains that periodically ran through it.

“We grew up on that campus,” said Macsovits, who was about 10 years old when his mother graduated.

The Anne McLean Memorial Endowed Scholarship was established by Caldwell McAlister, Macsovits’ grandmother, and supports students of the Christian faith with a minimum 3.0 grade point average, who are preferably non-traditional students. Macsovits would follow in his mother’s non-traditional footsteps: After he attended Eastern Tennessee State University for one semester, the first Gulf War broke out, and, wanting to serve, he joined the U.S. Marines Corps.

When Macsovits left the military, he was 24, and his friends had graduated from college. He concluded that he wouldn’t be earning what they were without a college degree. Macsovits found Pfeiffer particularly appealing because its small size and close student-professor relationships were conducive to his learning style.

“When I enrolled at Pfeiffer, I became the old guy sitting in front of the classroom and trying to keep the 18- and 19-year-olds in the back of the room quiet, so I could learn,” he said. “Having been in the Marines, I knew that life can be fleeting, and I wanted to make the most of my time at Pfeiffer.”

“Pfeiffer is the keystone to everything I’ve done in my life professionally,” he said. “If it weren’t for professors who pushed me to be a better learner and who opened up my mind to various things, I’m not sure where I’d be, to be honest with you.”