The Entertainers coming to Stanly for SCCA performance 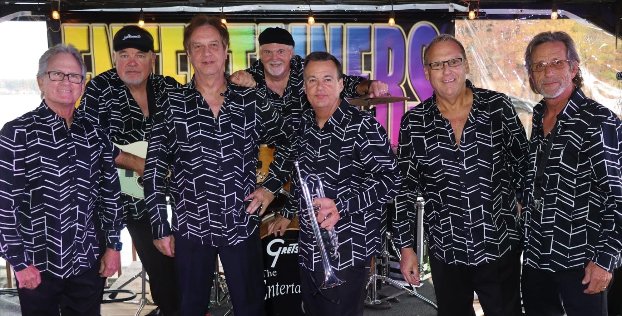 To help transport audiences to a warm, tropical paradise, the Stanly County Concert Association is bringing The Entertainers to the area Saturday for its first concert of the year at the Stanly County Agri-Civic Center.

Known for their beach music, including “Come And Get Your Love,” a remake of a song by Redbone, and “I Love Beach Music,” this will be the first time the Entertainers will play in Stanly County as part of the concert series.

They were originally set to perform last year, but the COVID-19 pandemic postponed those plans.

“We’ve got them now and we’re really excited about it,” said Charlotte Maness, president of the association, noting people have been purchasing tickets in advance.

After missing about 100 shows due to the pandemic, the group has gradually gotten busier of late, as people have been clamoring to attend music events.

“People have been cooped up for a while and they’re ready to get out,”  said Albemarle resident Phil Lowder, who plays trumpet. He joined the Entertainers in 2016 after performing with other groups such as Hip Pocket Band and Atlantic Groove Band.

Lowder, who played trumpet for Albemarle High School band, has played in at least a dozen bands during his career, but he said the Entertainers is his most high-profile.

The North Carolina-based band, which was formed in 1980, performs across the Carolinas, as well as Virginia and Georgia. It typically averages around 16 to 18 shows a month during the summer, Lowder said.

Though most known for beach music, the group also plays pop, funk, soul, rock, Motown, disco and country. Lowder said audiences can also expect the band to perform songs from its new CD, which released later this year.

“We just try to make it fun for everybody,” he said.

Aside from Lowder, the other band members are Earl Dawkins, who sings and is the owner/founder; Jim Stoudemire, who plays trombone; Bob Chambers, who plays saxophone; Jeff Alspaugh, who plays keyboard; Eddie Gurd, who plays guitar; and Ricky Sabiston, who plays the drums. All of the members sing.

The concert should run from 7:30 p.m. until about 10 p.m. and will feature a short 15-minute intermission.

Tickets, which cost $20 for adults and $10 for students, can be purchased on SCCA’s website and are available in advance at the Agri-Civic Center or Starnes Jewelers.