A police pursuit for a man accused of stealing items from the Locust Walmart Tuesday morning turned into more than an hours-long chase that eventually involved several law enforcement agencies in the area.

Locust Police said the chase began just before 9 a.m. Tuesday when a Locust patrol officer attempted to initiate a traffic stop of a silver Toyota truck. The officer reported seeing the driver commit a traffic violation as it left the Locust Walmart area.

Locust officers followed the suspect as he fled toward Charlotte for about 12 miles until his vehicle crashed on Arlington Church Road in Mint Hill, resulting in damages to the vehicle and various items. The suspect then attempted to run away from the scene, police said.

After searching for the suspect for about an hour, the suspect, Keeshon Bennett, 24, of Charlotte, was apprehended without incident. Police say there was no damage to other property reported as a result of the pursuit, with the only damage occurring to Bennett’s vehicle. No injuries were reported to be suffered by any civilians, involved officers or Bennett.

Bennett, who was transported to Stanly County Jail, has been charged with felony flee to elude arrest, felony possession of a stolen motor vehicle and all applicable larceny and traffic-related offenses, police said, according to a press release. Police say additional charges will be evaluated and assessed related to applicable habitual larceny or habitual felon charges. He is on a $20,000 secured bond.

CMPD is conducting the investigation of the motor vehicle theft and any involvement by Bennett. 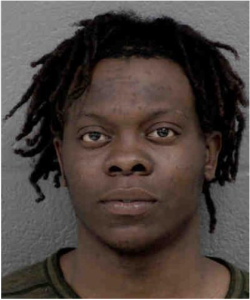