City of Albemarle Mayor Ronnie Michael has been named a 2021 North Carolina Main Street Champion by the NC Department of Commerce and The NC Main Street & Rural Planning Center. 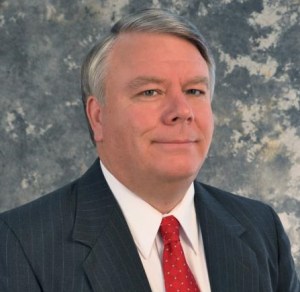 “Main Street Champions are the key to success in downtown revitalization. They possess courage to move downtown forward; they fight for positive change and do that with creativity and innovation; and they actively get things done, while staying focused on the downtown’s economic development strategies,” said Liz Parham, director of the N.C. Main Street & Rural Planning Center at Commerce.

For more than three decades, Michael has served Albemarle. Following his retirement as police chief, Michael served on City Council, then was elected mayor in 2013. He joined the Albemarle Downtown Development Corporation’s Board of Directors in 2013.

“On behalf of my fellow members of City Council I want to congratulate our colleague, Mayor Ronnie Michael, on this well-deserved award,” said Mayor Pro-Tem Martha Sue Hall. “We’re grateful for Ronnie’s years of dedication to our City going back to his time with the Albemarle Police Department. This council looks forward to continuing its work with Ronnie on finding ways to help our city grow and develop and improve the future for its residents.”

“I’m humbled to receive this award. I’ve lived here my entire life and it brings me great joy to work on behalf of our city every day,” said Michael. “It’s personally gratifying to see the development happening in our downtown area. Our downtown and the entire City of Albemarle has bright future ahead of it. Everything we do is due to the great volunteers and city employees that make this award possible.”

The NC Department of Commerce and The NC Main Street & Rural Planning Center present the NC Main Street Annual Awards each year. These awards recognize the success of NC Main Street communities and their achievements in the Four Points of the Main Street Approach to downtown revitalization: Economic Vitality, Design, Promotion and Organization.