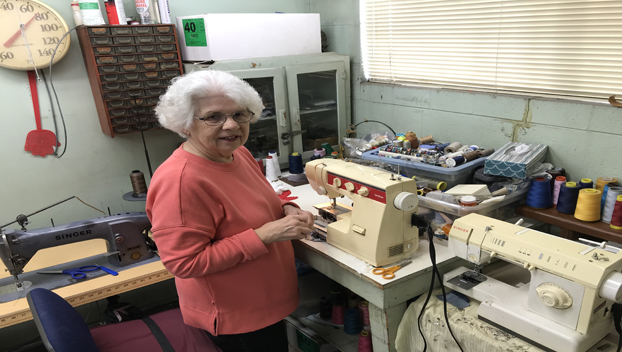 Although family-owned businesses were once a staple of the economic success of most towns and cities, recent years have seen chains and conglomerates replacing many locally-owned and operated services.

In many cases, those hometown businesses that endured have been forced to scale back operations.

In the face of this trend, for a local business to not just survive, but thrive, is a reflection of customer loyalty built on more than just price and convenience.

Community involvement and public service, as well as maintaining close relationships with customers, has been a key in enabling Dun-Rite Laundry and Cleaners to serve Albemarle and its surrounding areas for the past 100 years, according to company officers Mark and Benton Dry.

“After he passed away in 1922, Ben H. Dry (Finley’s son) built a structure at 1221 Pee Dee Ave., changed the name to Dun-Rite Laundry and Cleaners, and incorporated the business,” added Mark Dry, the firm’s president.

And, with a century of continuous service, Dun-Rite is one of the three oldest such businesses in the state of North Carolina, according to the North Carolina Association of Launderers and Cleaners (NCALC).

In the first three decades of operation, the business grew to employ as many as 40 people in two divisions. The commercial laundry division supplied hospitals, nursing facilities, hotels and restaurants with linen services, while the dry cleaning division grew to include delivery services as well as in-store drop offs.

“At one time, the company had three route drivers picking up and delivering laundry and dry cleaning five days a week,” Mark Dry said. 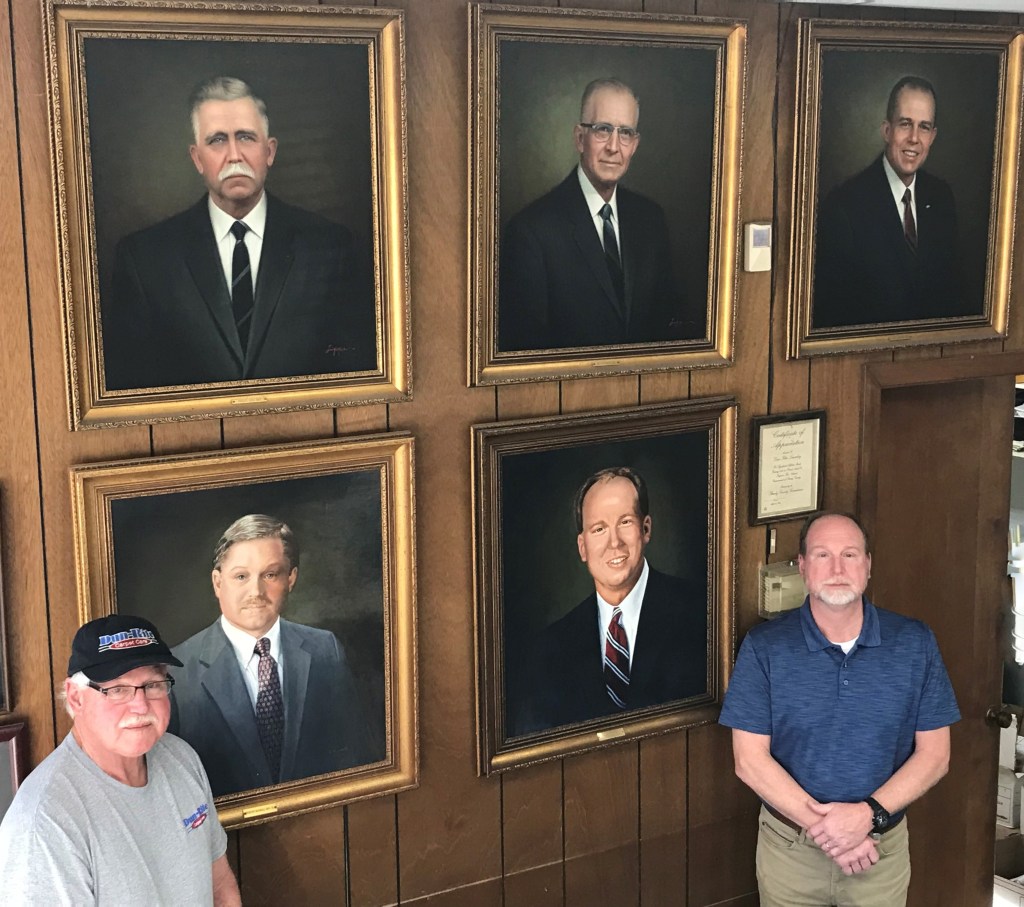 Benton Dry, left, and Mark Dry stand in the lobby at Dun-Rite, with their own portraits (bottom) and their predecessors (top) Predecessor portraits, from left: Finley O. Dry, Ben H. Dry and Gene Dry. (Photo by TOBY THORPE)

In 1948, Gene Dry (son of Ben Dry, and father of Mark and Benton) joined the business upon his graduation from Albemarle High School and took over the dry cleaning operation.

“Around that same time, changes in types of apparel began to come about, so he knew he would need to expand his education. To do so, he enrolled in the National Institute of Dry Cleaning in Silver Spring, Maryland,” said Benton.

Upon Gene’s graduation from the institute, Dun-Rite became a certified dry cleaning company, and since then the company has continually maintained certification from cleaning industry organizations, such as the NCALC as well as the Dry Cleaning and Laundry Institute (DLI).

Gene Dry took over as president of Dun-Rite in the late 1960s and purchased adjacent property for a new modern facility. Upon its completion, the operation relocated in 1968. The old structure, now occupied by Albemarle Glass Company, sits just west of the current building.

Under Gene’s leadership, Dun-Rite’s growth continued with the formation of a fire and smoke restoration division, which aided individuals with damaged clothing and rugs.

“This eventually turned into a full restoration company employing three crews to clean up damage left from disastrous events,” Mark said. “Part of this service included cleaning and restoration of all the structure, including the customers’ belongings.”

Joining his father in the business after graduating from Wingate in 1979, Mark obtained laundry management and dry cleaning certifications from the International Fabricare Institute (formerly the National Institute of Dry Cleaning) before moving into the president’s role in 1986 upon his father’s passing. Two years later, he became one of only nine dry cleaners in North Carolina to successfully pass the first national and state exams to become a certified professional dry cleaner/certified environmental dry cleaner.

Also in 1988, Benton returned to the Dun-Rite family as vice president after having worked in the corporate divisions of Gillette and Black and Decker, and soon expanded the business to include carpet care.

“We expanded our in-plant rug cleaning operation into a full-time business in 1989,” he said. “We purchased a truck-mounted carpet cleaning machine and started Dun-Rite Carpet Care. We continued to offer fire and smoke restoration services until 2020.” 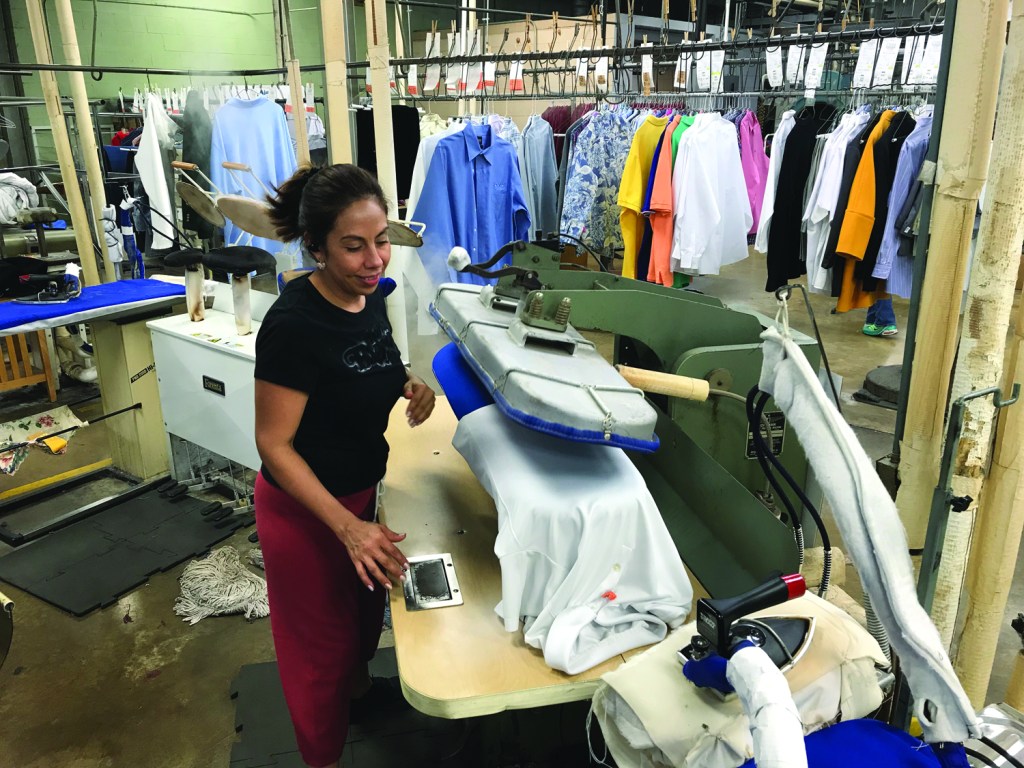 Although the operation no longer carries the number of employees as in the days of delivery routes, a total of 18 full-time workers are on staff, along with “several” part-timers, said Mark. He also noted that the company’s laundry and dry cleaning operations remain its core business.

For convenience to those in western Stanly, a Locust branch opened in 2002, and the main plant in Albemarle recently updated all its equipment to meet demand. But Dun-Rite’s base of long-time customers extends not only to Albemarle and Locust, but throughout the Uwharrie region.

“We have people not just from Stanly County, but from all our surrounding counties who trust us to clean and care for their clothing,” Mark said, citing an example of a person who makes the trip from Denton once a week to bring his family’s clothing to Dun-Rite.

Throughout Dun-Rite’s history, the company has been active in community causes.

“Our father and grandfather believed in serving the community, as do Benton and I,” said Mark.

He noted that his father served on the Albemarle City School Board from 1967 to the early 1980s, and that Benton is currently serving his second term on Albemarle City Council.

The firm’s community support has been reflected in its hiring practices as well.

“We have always sought to hire locally,” said Benton.

Although supportive of community projects and activities, Dun-Rite is probably best known for its 30-year involvement with the “Coats for Kids” program.

“Through the program, over 100,000 coats have been collected, cleaned and distributed at no charge throughout the state,” said Mark.

In addition to its long-time involvement in organizations such as the Stanly Chamber of Commerce (more than 80 years) and the NCALC (more than 90 years), the company has garnered awards for its efforts toward support and betterment of the community. These include being recognized with the “9 Who Care” award by WSOC-TV as well as the Governors’ Volunteer Service Award. In addition, the organization has been recognized as Small Business of the Year by the Stanly Chamber of Commerce. Also, Benton received individual accolades when he was recognized by Stanly Community College’s Phi Beta Lambda chapter as its “Business Person of the Year” in 1996.

The Dry brothers have also made certain that Dun-Rite’s cleaning practices are environmentally sound, and as such the company received the 1993 Stanly County Environmental Achievement Award. In addition, the company’s long-time success and efficient operations have earned recognition in stories and features in various trade journals, including American Dry Cleaner Magazine, American Laundry News, Fabricare Magazine, and National Clothesline Magazine.

And, for 12 consecutive years, the company has captured the Stanly News & Press Readers’ Choice Awards for “Best Dry Cleaner” and “Best Carpet Cleaner.”

Grateful to the Community

Both Mark and Benton expressed gratitude to the customers that have enabled Dun-Rite to clear the century mark, as well as to employees of the firm’s various divisions.