The Talent Company set to perform ‘Annie’ for the first time 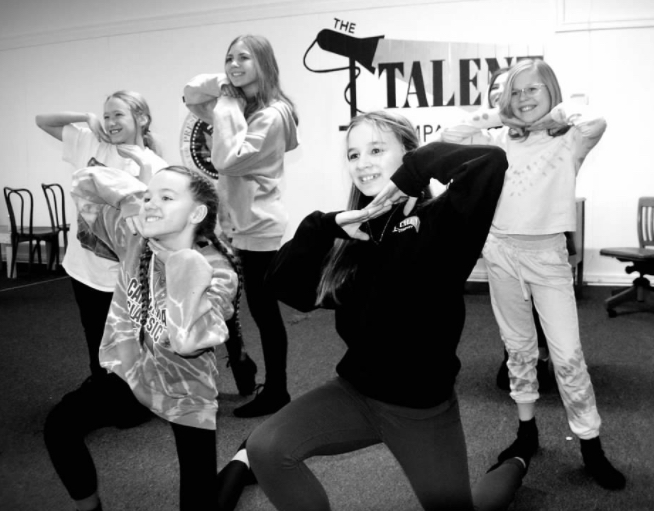 The Talent Company will begin its 2022 season on Friday at the Albemarle Neighborhood Theater with the production of a Broadway musical “Annie.”

Set in New York City in the 1930s and based upon the Harold Gray comic strip “Little Orphan Annie,” the story follows spunky 11-year-old orphan Annie as she is taken in by the rich eccentric Daddy Warbucks, much to the chagrin of Miss Hannigan, the cruel keeper of the orphanage who tries to get her back.

The play, which first opened on Broadway in 1977, has been adapted into several movies, most notably the 1982 hit starring Albert Finney and Carol Burnett, and several of its songs — such as “It’s the Hard Knock Life” and “Tomorrow” — have become staples of modern American pop culture.

“What I think is interesting about these shows that tend to repeat like this, these chestnuts, the classics, is there’s always a new generation who hasn’t seen it,” said director Heather Wilson-Bowlby, who has previously directed “Little Women” and “Beauty and the Beast.” “A new young bunch of youth that gets a chance to experience ‘Annie’ live on stage for the first time.”

Wilson-Bowlby noted that many of the young actors had never previously seen any of the movie versions of the story, “so it was really all very new to them.”

Whether people have a deep knowledge about the story or are seeing it for the first time, Wilson-Bowlby said audiences can expect “a family-friendly production and wholesome entertainment.”

Despite being around for more than 15 years, this will be the first time the group has put on “Annie.”

The TC production features 32 cast members, more than half of whom are ensemble players. The actors have been rehearsing since November.

The production will be faithful to the Broadway show and should run about two hours, Wilson-Bowlby said. There will also be a 15-minute intermission.

Tickets can be purchase in advance by going to thetalentcompany.org.