‘He was the people’s sheriff’: Ralph McSwain, mentor and leader to so many, has died 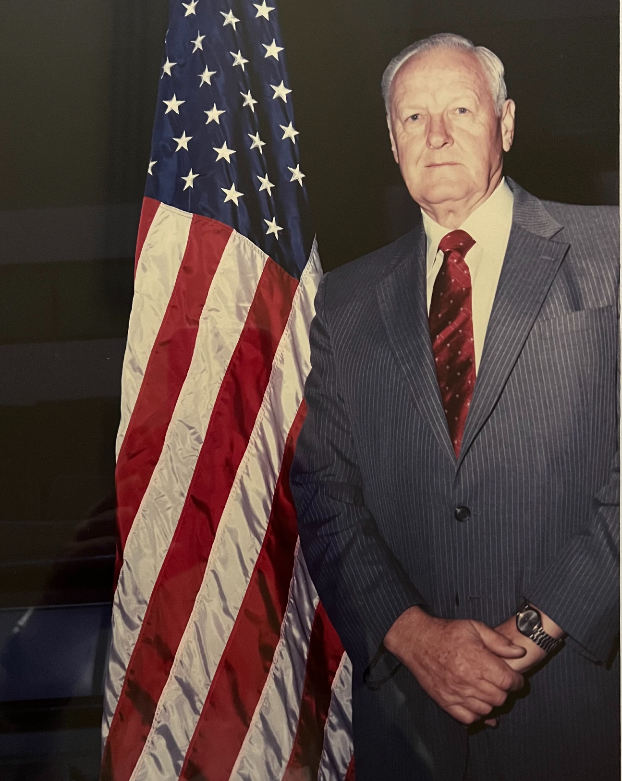 Sometime in the 1980s, when Bill Hall, a former officer with the Stanly County Sheriff’s Office, was working communications around 3 a.m., a man came in and spoke with him about a murder he had witnessed.

Hall called Sheriff Ralph McSwain, who talked to the man about what had happened. McSwain then told Hall to contact chief deputy Roger Lowder and SBI agent Bart Burpeau and have them meet McSwain at the office as soon as possible.

“I called and woke both of those people up and neither one of them asked why or what was going on,” he said, noting they were at the office about 20 minutes later. They did so because that was what McSwain, their leader, had asked of them.

While only one example, it nonetheless underscores the deep respect and loyalty law enforcement officers had for McSwain, who served as a deputy for seven years before becoming sheriff in 1962, a position he held until he retired in 1990. He remains the longest serving sheriff in Stanly County history.

It also explains why so many in the community are now mourning the loss of such a beloved local official. McSwain died on Thursday at his home near Aquadale at the age of 91.

No specific cause of death was mentioned in his obituary.

“In the law enforcement community, he was truly a legend and he will be truly missed,” said Sheriff Jeff Crisco, who cultivated a strong relationship with his former predecessor during his time in office. “He put the county and the citizens first.”

As a way of paying tribute to McSwain, who as also a veteran of the U.S. Army Reserves, the Stanly County Board of Commissioners voted unanimously in 2019 to rename the Stanly County Detention Center in honor of Sheriff Ralph L. McSwain.

“By honoring him,” Commissioner Lane Furr said at the time, “it says to the people of Stanly County that we don’t forget those who have protected us.”

Several of McSwain’s former deputies have mentioned the enormous impact he had on their lives.

Ted Kluttz, who was hired as the first Black deputy in 1973, said McSwain was a servant of the public, who did whatever he could to help the community.

As a 21-year-old with no previous law enforcement experience, Kluttz is grateful that McSwain took a chance on him — especially during a time when it took genuine courage to hire a Black man to that type of position. He also later hired the first Black female deputy, Ruby Sullivan.

“I was just appreciative that he saw something in me that I didn’t even see in myself,” Kluttz said, “and he had faith and confidence enough to appoint me as one of his deputies.”

Though he worked with three other sheriffs during his 30-year tenure, whenever he’s been asked over the years who was the best, he always points to McSwain.

Referring to McSwain as the “people’s sheriff,” Kluttz said what he respected the most about his former boss was that he treated everyone with respect and dignity.

“He knew he was elected by the citizens of the county and his utmost responsibility was to uphold the trust of the people of this county that they placed in him,” Kluttz said. “And he did that, he did that.”

Loy Ingold, who was a deputy under McSwain for six years in the 1970s and later became an SBI agent, said McSwain was not someone who enjoyed working in the office; he liked to be with his fellow officers on the frontlines, even if it meant putting himself in a dangerous or unpredictable situation.

“On serious cases at night, he would come out just to be able to be present, provide leadership and guide us,” Ingold said. “He was always there, supportive of his personnel.”

Despite his lengthy time in office, McSwain shunned the spotlight and always wanted to do whatever he could to elevate the people around him.

“He always gave credit to others when probably a lot of times he himself had a great contribution,” Ingold said.

McSwain also led by example. Understanding that his officers needed proper law enforcement training, McSwain — who did not finish school as a young kid — received his GED and later earned his bachelor’s degree in criminal justice from Pfeiffer. Several other officers, including Ingold, followed his example by going on to obtain their criminal justice degrees.

“He reinforced that education was important and it needed to be a part of the criminal justice program,” Ingold said.

McSwain served on the original Training and Standards Commission for the NC Sheriff’s Association and likely had the chance to leave Stanly for bigger opportunities at the state and federal level, Ingold said. But he never did.

“He chose to remain where he was raised,” Ingold said. “He lived a full life, he lived it well and I think that legacy speaks for itself.”