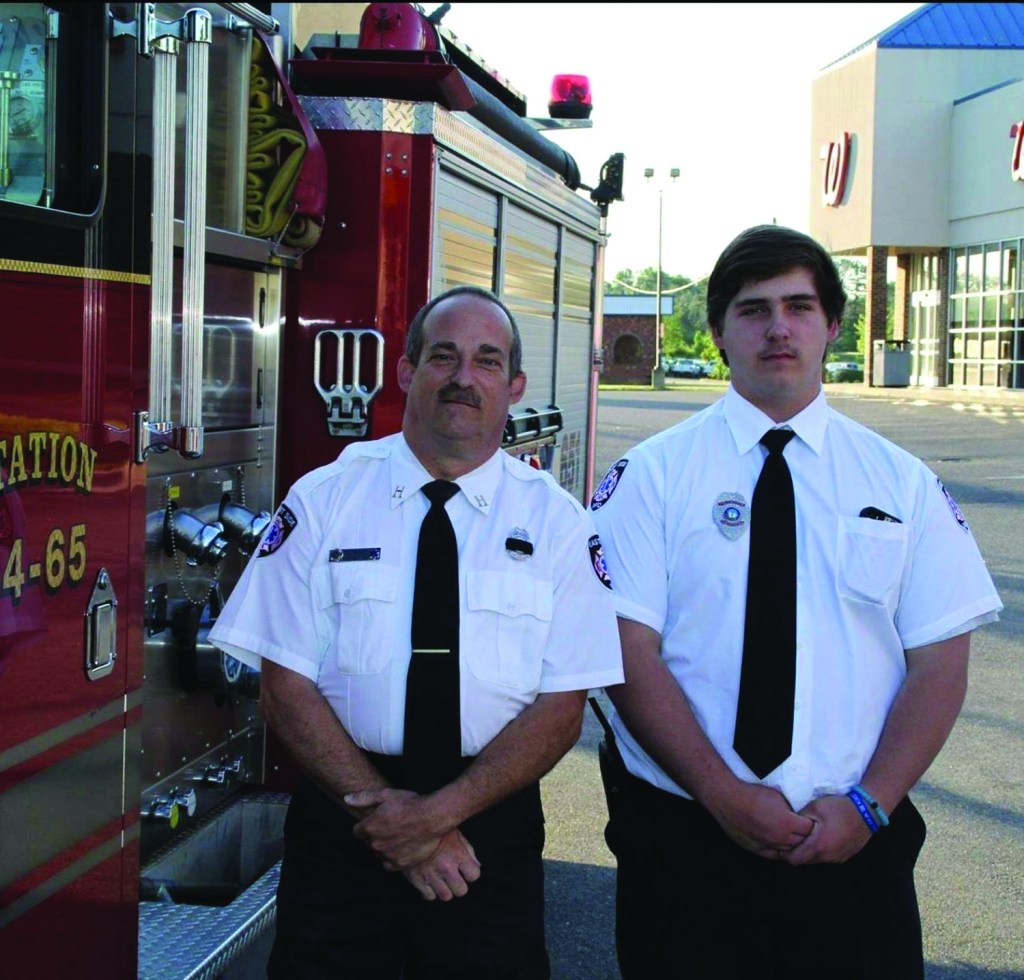 Pictured here with his father and fellow firefighter, Jimmy Snavely, Dakota died just seven days shy of his 18th birthday while responding to a rescue in Stanly County. (Contributed)

The Stanly Community College Foundation has announced the establishment of the Dakota Snavely Memorial Scholarship, to honor the memory of the firefighter whose life was cut short in 2018 while responding to a water rescue in Stanly County.

Dakota loved to hunt and fish, but his two true loves were baseball and fire service. He was an avid player from the age of 4 and played on several teams as a pitcher and catcher.

When not on the field, he was eager to learn everything about fire service and later demonstrated his commitment to the profession by becoming a volunteer firefighter at the age of 15.

It was Dakota’s dream to follow in his father’s footsteps.

While he got to live out that dream for only a short time, he spent many hours training, helping his community and bringing awareness to Special Olympics during his career.

Four annual scholarships in the amount of $250 are designated for students enrolled in Fire and Rescue, EMT, Paramedic or Emergency Medical Services fields of study and will be available in the next cycle of classes that start in April. Students should ask their instructors about how to apply for these scholarships.