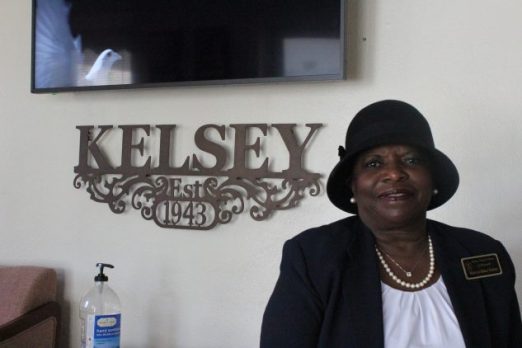 While dealing with death is often a difficult and painful experience for people, what can make it a little easier is knowing that rituals such as a funeral and memorial services have been properly arranged to allow families and friends ample space for grief, comfort and love.

That’s why organizations like Kelsey Funeral Home, which has been a mainstay in the county for so many families over its almost 80 years, are so valuable. On average, it provides service to around 65 to 70 families a year. Even during the pandemic, the numbers have more or less remained the same.

As a Black-owned business, the funeral home has been an especially important resource for African-Americans and other minority families in the community.

“Families know us and they know that we are community-oriented,” said funeral home president Murvyn Kelsey, who has been in charge of the business with her husband Monroe for more than a decade. “Supporting families not only in times of grief but throughout the years has contributed to the longevity of one of the county’s oldest businesses.”

Among other things, employees at Kelsey have delivered meals during the holiday season, helped with voter registration drives, assisted the local police, served as coaches for sports teams and supported the Back to School supply drive for the E.E. Waddell Community Center.

“Over the years, they have had a big impact on my family and have done whatever they could to help the family,” said Albemarle resident Pat Pergee, noting the funeral home made arrangements following the passing of her grandparents, parents and two brothers. “They were good and very supportive.”

Even though operating a business centered around death can be difficult, Kelsey said she most enjoys meeting people and working with families to make sure their deceased loved ones are honored and treated with dignity and respect.

“Anything that I can do to just make their life just a little bit lighter and just to show them that compassion,” she said. 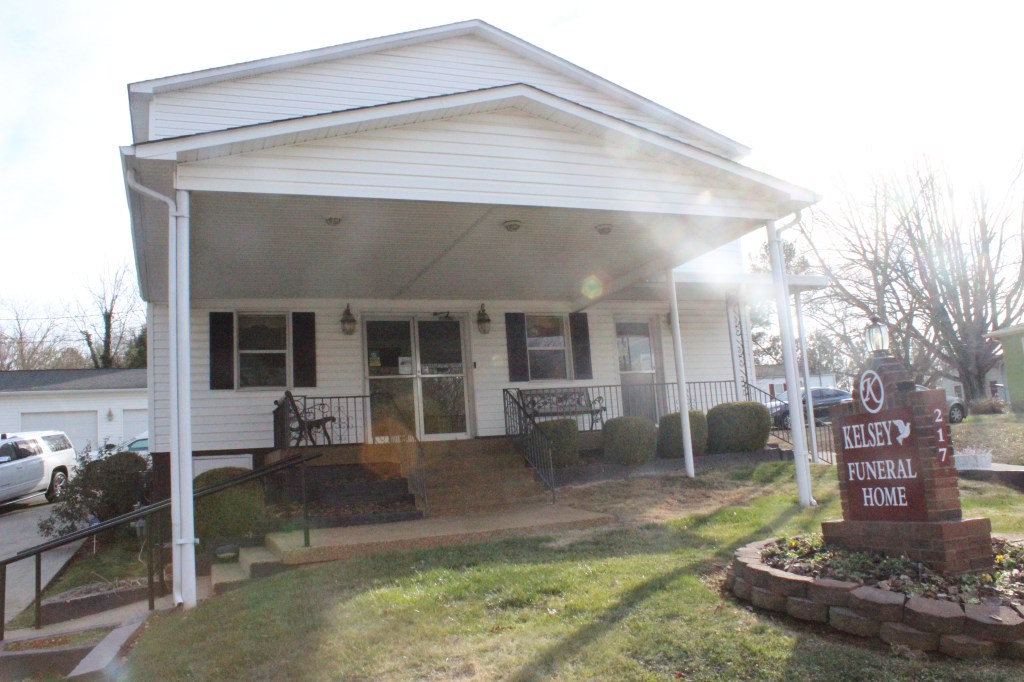 Kelsey Funeral Home has been in Albemarle for close to 80 years. (Photo by CHRIS MILLER/staff)

History of the Kelsey Funeral Home

The legacy of the funeral home dates back near the beginning of the 20th century when Stephen Noble and William F. Kelsey established Noble and Kelsey Funeral Home in Salisbury in 1901. Kelsey’s wife Lula Spaulding Kelsey played a key role as she was the first licensed funeral director and embalmer in the state.

“She was quite the business lady,” Murvyn Kelsey said.

William and Lula had three daughters and five sons. All their sons graduated from funeral service and embalming school. After William and Lula passed, their son, Aaron, owned and managed Noble and Kelsey.

Eventually Leroy Kelsey opened a funeral home in Concord and, in 1943, his brother William Kelsey started the Albemarle location.

Since the Albemarle business opened, at least one member of the Kelsey family has continuously been at the helm, operating the business through the past seven decades.

After that, Timmie White Sr., a funeral service licensee who works with Garland, maintained the business with Fannye W. Kelsey, Garland’s widow, until his death in 2008. Upon Fanny’s retirement a year later, Monroe G. Kelsey and his wife Murvyn took over the operations of the business.

In 2009, Cheryl Anderson, a funeral service licensee was hired to manage the firm. After Anderson left the firm in 2021, Jennifer Thomas was hired and currently manages the day-to-day operations. Another dedicated employee, W. Demar Huntley, has worked Kelsey’s for 20 years.

“Over the years, we have been fortunate to have outstanding employees,” Monroe Kelsey said.

Though Murvyn Kelsey did not grow up in North Carolina, she also had a background in the business. Her father owned a funeral home in Georgia and had become acquainted with the Kelsey family after he met William
Kelsey at a mortician convention.

Once she got a job working as a claims representative in Albemarle, fresh out of college, she recalled her father telling her “whenever you get in North Carolina, look up the Kelsey’s.” She soon established a connection with the family, especially Margaret Kelsey, whom she referred to as a “surrogate mother,” and ended up marrying Margaret’s nephew Monroe.

After about 35 years of working in the federal government, Murvyn went to funeral service school and received her mortician certification to help her husband take over the family business.

The funeral home continues to be a family affair as Murvyn Kelsey’s son, Monroe Kelsey III, serves as treasurer and has worked there since 2010. The hope is that one day, once his parents retire, the 36-year-old Kelsey will take over. He already has his Funeral Service degree from Fayetteville Technical Community College and is preparing to take his state boards so he can become a licensed funeral home director.

He’s proud of his family legacy of providing a service to the community for almost 80 years and looks to continue the tradition.

“You have some businesses that don’t even make it 10 or 15 years, so the fact that we’ve been able to be here for this long, it shows we’re doing something right,” Kelsey III said. “Hopefully the community will continue to support us and hopefully we can make them proud.”