After 30 years of service to the city of Albemarle, Sgt. Star Gaines of the Albemarle Police Department will retire Thursday. 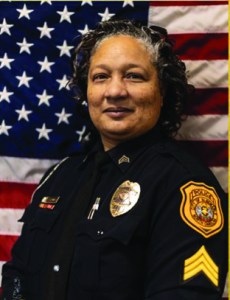 Sgt. Star Gaines retired Thursday after 30 years of service to Albemarle and the police department. (Contributed)

Following the encouragement of her family, Gaines took the sergeants assessment in 2018 and passed it. Gaines was promoted to sergeant and was assigned to Criminal Investigations Division. While in Criminal Investigations, Gaines worked with detectives and became a member of the board for the Esther House, a domestic violence, sexual assault and human trafficking organization that helps survivors throughout the state.

After two years in criminal investigations, Gaines was assigned to be the community facilitator for the department. During this time, Gaines spent a great deal of time working with the community to plan projects, events and build the department’s chaplin program.

A retirement reception for Gaines will be held from 2 p.m. to 4 p.m. Thursday at Albemarle Police Department headquarters, 155 W. South St., Albemarle.