Stanfield resident struggles with Covid over a year after infection

As Covid cases continue to decline, many people in Stanly County and across the country are cautiously moving forward and adjusting to a new normal of learning to live with the virus. The Stanly County Health Department reported nine new cases last week, the second consecutive week total cases had been in the single digits and a far cry from a few months ago when, at one point in mid-January, more than 1,500 new cases were reported.

But for some people, who first contracted coronavirus a few months or even a year ago, they are still dealing with lingering issues including brain fog and memory problems, trouble breathing and consistent fatigue. These people, who represent only a small sample of the millions of Americans who have been infected, are suffering from what’s known as long Covid, a condition still being studied and researched by the medical community.

These so-called long haulers exist all across the country, including in Stanly County. Marion Kinley, a Stanfield resident, is one of them. 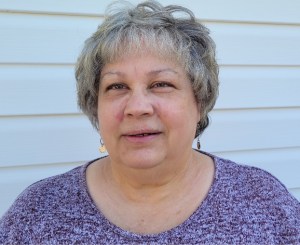 Dealing with the initial Covid infection

As someone with diabetes, Kinley, who formerly worked at Stanly Community College, made sure to protect herself as much as possible when the pandemic first began in the spring of 2020. She largely stayed home, wore a mask whenever in public, ordered groceries and other items online and generally kept her distance from others.

Having grown up as part of a generation that understood the importance of getting inoculated, Kinley, 71, was looking forward to getting her Covid vaccine as a way to protect the community.

“It’s something to protect ourselves, but mostly it’s to protect others that we aren’t aware that might have an illness or some type of disability that Covid would impact,” she said.

Despite her best attempts to keep herself safe, Kinley tested positive for Covid on Jan. 24, 2021, only a few days before she was set to receive her first vaccine. She had mild flu-like symptoms including a sore throat, stuffy nose and cough.

Her husband Ronnie also tested positive about a week after she did, but he only had a few mild symptoms that eventually went away.

Kinley quarantined for the recommended two weeks, but still was not feeling much better. About a week later, she actually began to feel worse.

“All of a sudden I got hit with severe headaches and I was getting dizzy, like vertigo,” she said.

Ronnie took her to the emergency room in Albemarle and she was given medication, including steroids, to help with the pain. Once she proved she could walk on her own, Kinley was released from the hospital and went home.

About a week later, Kinley began having severe chest pains and she went back to the hospital, where it was discovered she had blood clots in her left lung. After briefly being put on oxygen to improve her levels, she was placed on blood thinners for six months to prevent more clots from forming.

Still struggling with balance issues, Kinley underwent six weeks of intensive physical therapy to learn how to walk on her own again without a walker. She also was treated at the hospital for vertigo.

She had to wait more than two months to get the first vaccine dose, which she received in mid-April in Concord. She is now fully vaccinated and has also gotten her booster shot.

After more than a year since contracting the virus, Kinley still struggles with fatigue, balance issues and brain fog. She needs assistance going up and down the stairs and whenever she walks longer distances. Thinking her struggles could be related to a neurological issue, Kinley has met with several specialists in the past six months and plans to see a neurologist in Concord this summer.

Kinley’s Covid diagnosis has also impacted her ability to sleep. She utilizes a CPAP machine to facilitate her breathing and doctors have recommended she undergo a sleep study to possibly be placed on a BiPap machine.

“When I fall asleep I will wake up gasping for air and hyperventilating,” she said. “My brain tells me to breathe, but I don’t know how to take a breath in.”

She no longer exercises at the YMCA warm pool, something she did several times a week before the pandemic. To try and get her stamina back, Kinley has been playing tennis at home on her Wii video game console.

Kinley is very self-conscious of how other people may interpret her day-to-day struggles. She likes to watch her granddaughter play volleyball at West Stanly, but whenever she staggers up the bleachers and can get dizzy, she said it can appear to onlookers like she’s drunk.

“It’s kind of embarrassing,” she said about her symptoms. “I want to say, ‘I had Covid and I’m losing my balance,’ but you just keep your mouth shut and just go with it. I figure I don’t know them and they don’t know me so I’m okay with it.”

Reaching out to others

Even though she is not yet close to where she was health-wise before the pandemic, Kinley said she seems to be gradually improving as the weeks go by. She is hopeful that within the next few months, she can at least improve her balancing issues.

“The balance part affects my walking as far as exercising,” she said, noting that she hopes to rebuild her stamina once the balance problems go away. She is also looking forward to resuming her exercises at the YMCA warm pool.

After speaking with her doctor, Kinley is hoping to get admitted into the new Post Covid Recovery Care program developed by Atrium Health. Designed to help individuals struggling with Post-Acute COVID-19 syndrome, Atrium will connect patients with a team of doctors to address health issues including cardiology (heart), pulmonology (lung), neurology (brain) and behavioral health (mental health), according to its website.

With the Food and Drug Administration having just authorized a second Covid-19 booster shot for people ages 50 and older, Kinley said she will consult with her doctor but plans on getting the shot whenever it becomes available in the area.

Kinley hopes by speaking publicly others struggling with similar symptoms due to long Covid will know they are not alone and that there are resources out there for them, like the Atrium program. She hopes that at some point, a safe place can be established for long Covid patients to meet and talk about what they’ve been through and are still going through.

“It’s like you feel kind of self-conscious about talking about it with the others outside of family members or those that you do know, and it’s nice to have that kind of support that you can call a person that says, ‘Yeah, I’ve been through what you’ve been and it’s not in your head and you shouldn’t be ashamed of it or anything like that,’ ” Kinley said.