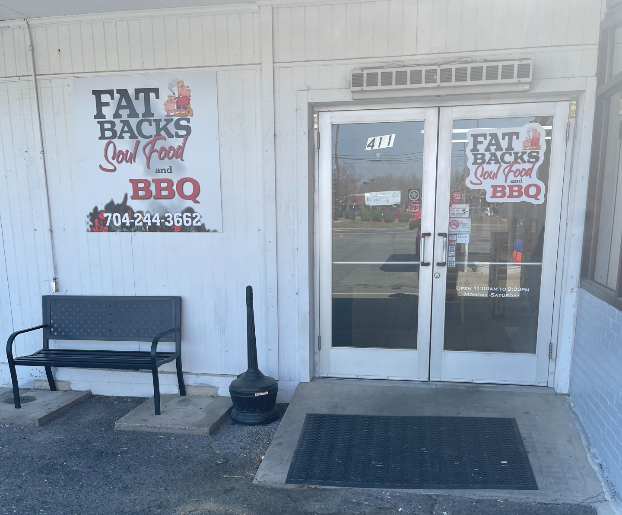 It was around Thanksgiving last year when an early morning fire caused enough damage to Lyn Misenheimer’s Fat Backs Soul Food & BBQ restaurant in downtown Norwood to force the business to close down.

The fire was extensive but was mainly concentrated at the back of the building, according to officials, where the kitchen was located. No one was inside at the time.

Misenheimer and his wife Dawn have stayed busy catering events and making multiple appearances throughout the town and county in their Fat Backs food truck, but it’s still not the same as operating a brick-and-mortar restaurant.

While he admits the past few months have been “rough,” Misenheimer has come to view the fire as a “blessing in disguise” because it revealed just how critical his business had become for so many people, not just in Norwood but across the county.

“I didn’t realize what my business meant to the community and it seems like everyone came out and if they could help me they did,” he said.

When he first first opened the restaurant early in 2021, he told the SNAP his goal was to “feed the body as well as the soul” — and that’s still his focus.

While he plans to reopen his space in Norwood, Misenheimer still needed a space to cook the food for the truck. That’s when he decided to open another location — this time in the northern section of the county.

After many weeks of preparation, Misenheimer opened his second location inside Andy’s Mart at 411 W. Church St. in Richfield on Monday.

“It was far enough away that when I open back in Norwood, it wouldn’t really affect each other,” he said. “And with Pfeiffer University, Clayton Homes and all the business up there, I feel like we’ll do pretty good.”

The location, which will be open seven days a week from 11 a.m. to 8 p.m., will be able to seat up to 25 people and will include all of the staples people came to love. Aside from classics such as pulled pork, collard greens, brisket and ribs, some of the other items people can expect include southern-style meatloaf, grilled pig feet, buttered shrimp, deep fried chicken, oxtail with gravy and a variety of steaks.

“Richfield is just to keep our business going until we rebuild in Norwood ,” Misenheimer said, though he noted that if the response is robust enough in the northern part of the county, the location could remain viable even after he reopens his spot in Norwood. 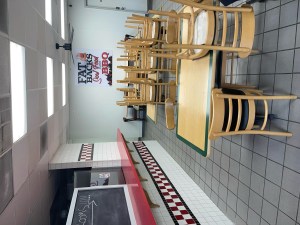 The Fat Backs in Richfield seats up to 25 people. Photo courtesy of Lyn Misenheimer.

Misenheimer is currently working with an architect and design team to reopen his Norwood location. The plan, which still needs approval from the town council, is to demolish three adjacent buildings his family owns to make space for his new restaurant, which will be larger than his first. He hopes to have it open sometime in the next few months.

The new space, which he said will include a bar, will be more modern and able to seat around 40 people.

Whatever money Misenheimer receives as part of his insurance claim, which is still ongoing, he plans to put into the construction of his new space in downtown Norwood. All donations he’s received following the fire have been put into a trust and will also be used to rebuild the Norwood location, he said.

“To everyone that has supported us by donations, purchasing food or just whispering a word of prayer, Fat Backs Soul Food and BBQ says thank you,” Misenheimer said.

While the past few months have been hard, as a man of faith — he used to preach at Barringer Chapel Baptist in Norwood and is now a minister at Greater Fellowship Worship Centre in Kannapolis — he knew God wouldn’t close one door without also opening up another one.

“Sometimes you have to go through a little storm to get where you’re going,” he said. “I guess, in a way, he’s trying to see where your faith is really at.”