Stanly County Sheriff’s Office has arrested a man for sex offenses against a child. 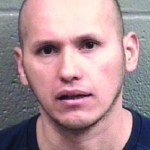 Ocampo was charged with three counts of statutory sexual offense with a child and three counts of indecent liberties with a child. Ocampo is being held in the Ralph McSwain Detention Center, under a $500,000 secured bond, and has an initial court appearance April 18.