This winter, alumni representing all five of SCC’s decades were on campus and had the opportunity to reunite and reminisce about their time as students.

“I have been entertained by the stories these graduates have told, and I have also been inspired,” Student Government Association President Cassidy Ball said during closing remarks. “You are the result of this outstanding college where students learn the skills to become strong workers and leaders in professional and civic areas. You have set high standards for future decades of graduates from Stanly Community College.” 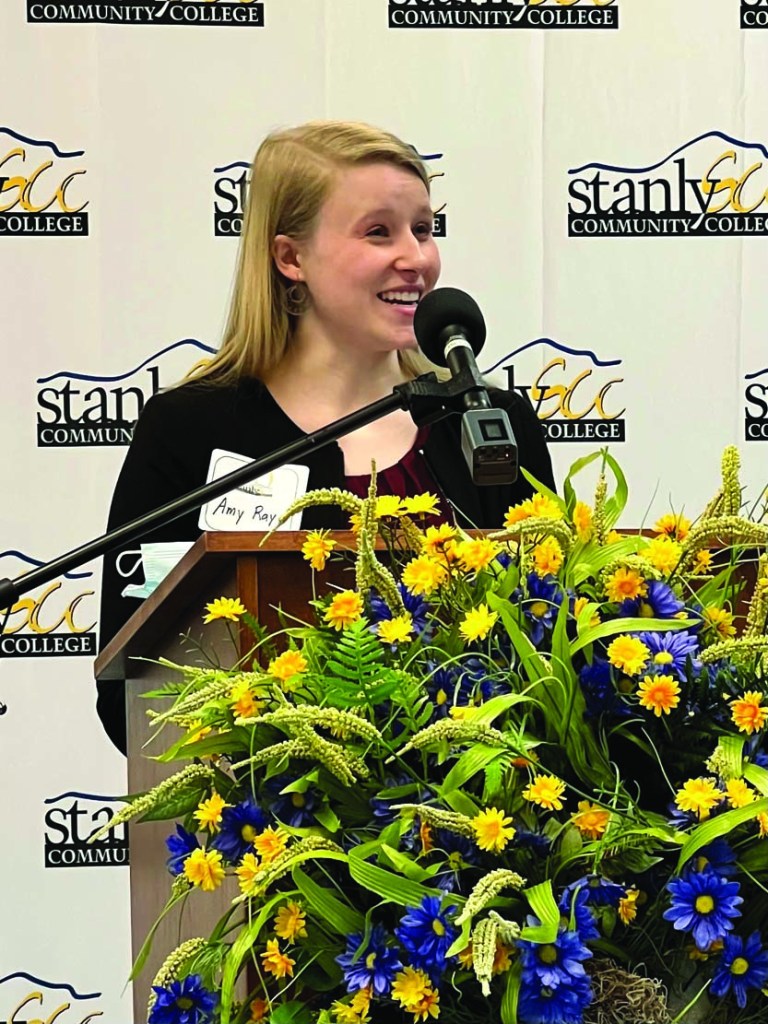 Amy Ray, SCC class of 2017 and now employed in the Charlotte offices of BDO USA, an international accounting network, spoke on behalf of the most recent decade of graduates during an alumni evening held as part of the College’s 50th Anniversary celebration. (Contributed)

The college’s retirees will be honored at a luncheon on May 25 in the Webb Student Center.
Invitations will be mailed to individuals with addresses on file; however, retirees are also encouraged to call Jessica Smith at 704-991-0192 or Dan Hazlett at 704-991-0216 to provide updated mailing address information.

“I’ve been an SCC employee since classes began in 1972, and I’m looking forward to seeing these extraordinary men and women who I’ve had the pleasure to work with through the years,” said Hazlett, SCC Student Life advisor. “This will definitely be a highlight of the 50th Anniversary celebration, and I hope a large number of retirees will attend to get an update on the College and ‘catch up’ with former colleagues.” 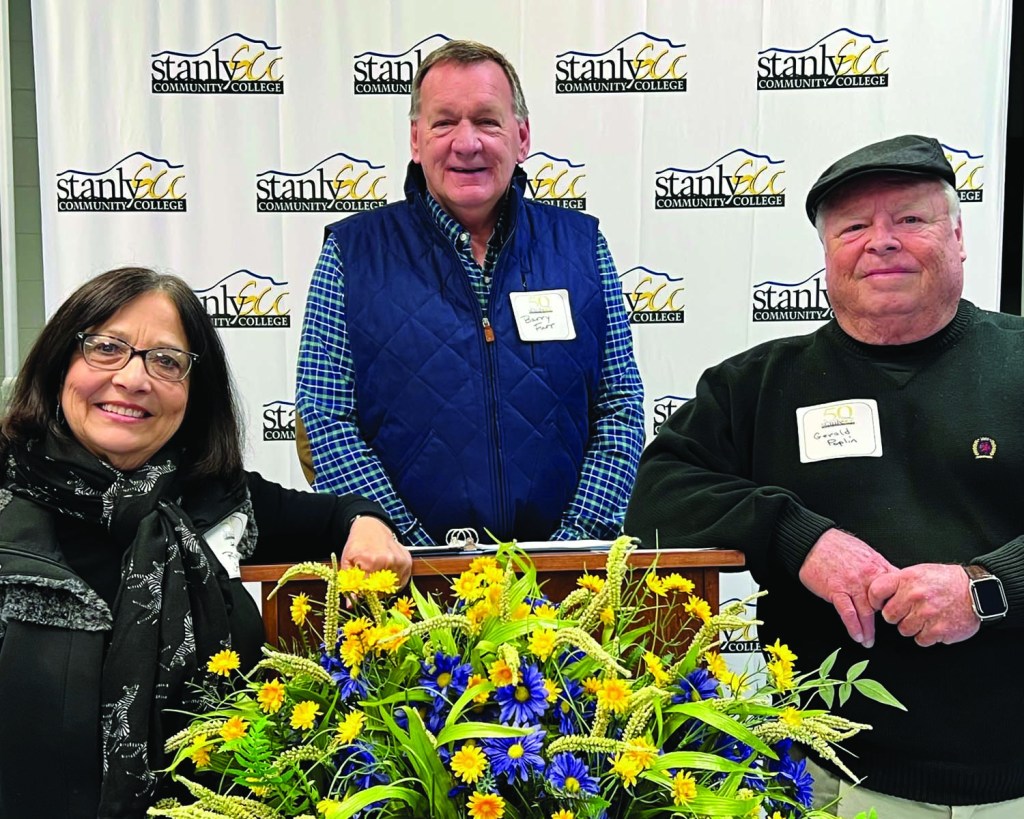 The 50th Anniversary celebration will conclude on July 16 with a community-wide party on the Albemarle campus with live music, food trucks, children’s activities and more.

Additional information, including a historical photo gallery and timeline of the college, is on the 50th Anniversary link of the SCC website, www.stanly.edu.