Joshua J. Morton Jr., a former head of the Stanly County Republican Party and chairman of the board of commissioners, died Wednesday at his home in Albemarle. He was 81.

“Josh Morton was a good friend, a good lawyer and a good citizen,” said Charles Brown, a friend and fellow attorney. “We’ll miss him in lots of ways.” 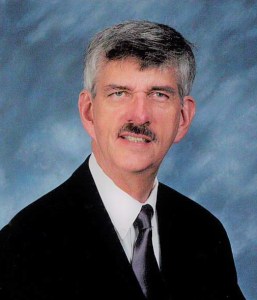 Born in Albemarle in 1940, Morton received his law degree from Wake Forest University before going on to practice law in the county for 56 years, according to his obituary and information from his LinkedIn page. Since 2013, he had been partnered with Jeremy Griffin at Morton & Griffin Attorneys at Law in Locust.

“I think he was one of the most respected attorneys in Stanly County,” Griffin said.

As a relatively inexperienced lawyer, Morton took Griffin under his wing and helped mentor him when they first became partners. And his assistance extended well beyond the legal realm.

Morton served several terms as chairman of the Stanly County Republican Party in the early 2000s, where he played a key role in helping expand party membership.

“He was very instrumental in building the party up to the current status” as the dominant party in the county, said former chairman Mark Lowder, who served as vice chairman during Morton’s tenure.

Morton also served as a county commissioner from 2010-2014 and as chairman in 2011. He also served as the county attorney at various times through the years until July 2007.

Recalling his friend’s work ethic, Lowder noted Morton “was one of the hardest working chairmen and political operatives that I have ever seen. He was always thinking ahead.”

Dennis Souther attended Pleasant Grove Baptist Church in Oakboro with Morton and was a good friend of his the past 30 years. They shared similar interests including a love for history and politics, but as people of faith their relationship was solidified through the mission trips they took together, including to Honduras and the Congo.

“By far our deepest bond and interest was very much through our shared faith and our love through mission work,” he said.

Terry Whitley, a friend of Morton’s for more than 50 years, called him a “faithful Christian” and someone who “served Stanly County for many years and really cared about making it a better place.”

“I will miss him very much as will many others,” he added.

“He absolutely could take an organ and just make it talk to you,” said his friend Larry Baucom, noting Morton was the organist at his daughter’s wedding. “A lot of people would say when he got on that organ, it just danced.”

As someone who was deeply involved within the community — also as a school board member and charter member of the West Stanly Rotary Club, “Josh always had an opinion about everything,” Baucom said.

The two were both members of the Group Planning Associates, an organization that purchased and developed real estate in the area and built several homes. They also enjoyed playing board games together such as Monopoly and Scrabble.

Baucom recalled a particularly dicey moment when he and another GPA member contacted Morton, who was the attorney for the organization, after purchasing property in Mecklenburg County. Morton was quickly taken aback after hearing the news.

“You’ve done what?” Baucom said Morton told him. “You don’t know what you’ve done. That property is in the floodplains. Did you not know that?”

Morton quickly got in his car, traveled to Charlotte and helped get Baucom and the other member out of the deal.

“He saved us a lot of time, effort and money on that,” Baucom said.

The family will receive friends from 3-5 p.m. and 7-9 p.m. April 14 at Hartsell Funeral Home in Albemarle. The funeral will be at 11 a.m. Friday at Pleasant Grove Baptist Church. Burial will follow in the church cemetery.