‘Nothing but God’: Food truck owner thankful to be alive after surviving tree-falling incident 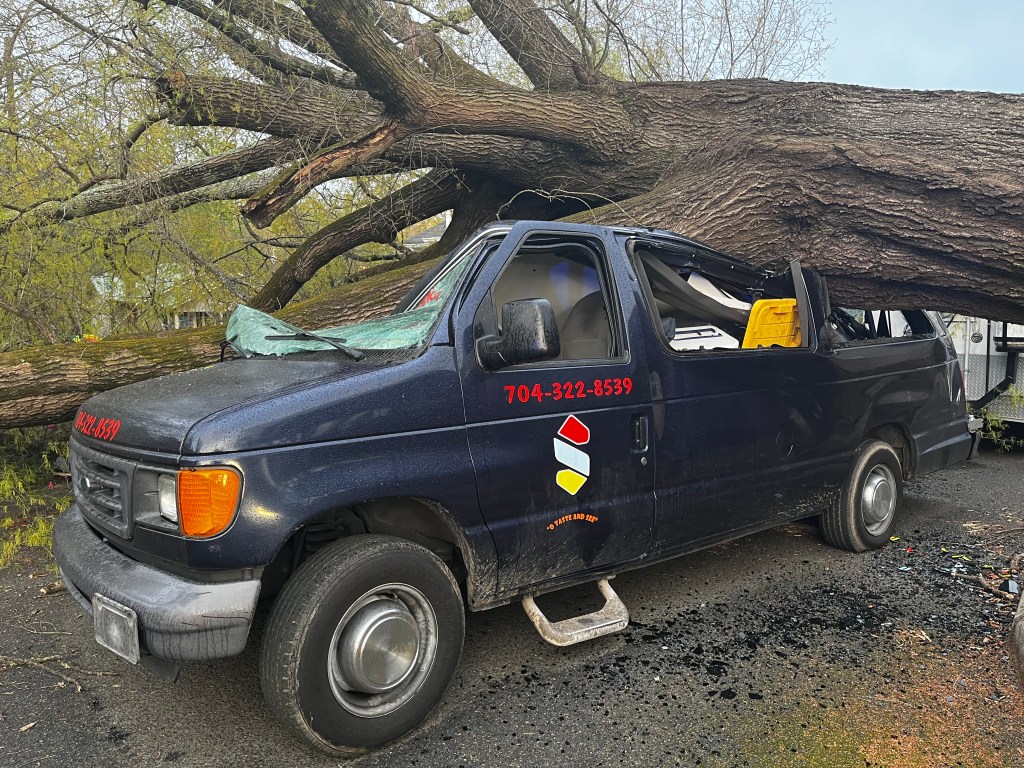 A giant tree fell on Josh Smith's van as he was leaving an event Saturday. Aside from a few bruises, he sustained no serious injuries. Photo courtesy of Josh Smith.

Cafe Smiths owner Josh Smith had just catered a customer appreciation event at TheShop, a barbershop near downtown Albemarle, and was getting ready to leave Saturday evening when he heard a loud sound. Then the seemingly unthinkable happened: a large oak tree ripped from its roots and fell directly onto his vehicle.

The tree, which Smith estimates was at least 12 feet in length, completely flattened and destroyed almost all of Smith’s van. Miraculously, the driver’s side was not seriously impacted by the collision and Smith was able to escape by climbing out the window. His food truck, which was a few feet behind the van, was not damaged. 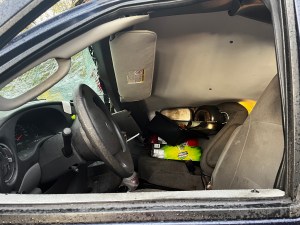 Despite the intense damage to his van, the tree did not seriously impact the driver’s side, which allowed Smith to escape without serious injuries. Photo courtesy of Josh Smith.

Though Smith, who was the only person in the van when the tree fell, sustained a few bruises and is still feeling sore, he got checked out at the hospital and nothing was broken.

“That was nothing but God,” he said about escaping relatively unharmed.

He had never experienced anything like that before and “it kind of took me for a loop,” he said, noting he still has not fully recovered from the shot of what happened.

“I was beyond scared,” he added. “That was the scariest event that’s ever happened in my life.” 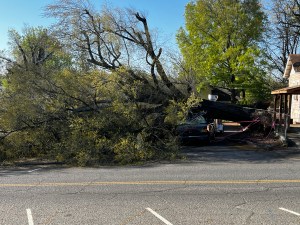 He does not know what caused the tree to fall (the weather was sunny and there was little wind) other than it just being a random, one-in-a-million type event. But he does know how lucky he was to escape with no serious injuries.

“If I had been backed up more than a foot, it would have taken me out,” he said.

Smith is still processing his near-death experience, but is grateful to still be alive and serving the community. He has been operating the food truck business for about two years and enjoys traveling across the region, feeding and getting to know the people.

Cafe Smiths is known for its chicken wings, Philly cheesesteaks and cheesesteak fries.

Smith said any donations from the community would be greatly appreciated.